It is traditional to do a review of the blogging year on the 1st January each year, but that was inconveniently a Saturday so I’m a day late.

As you know dear reader, in 2021, after a 2020 that didn’t inspire me to do much photographically, I got inspired by the amazingly talented Connie and started a 365 (one photo a day)challenge. I joined the site Connie was using, which gave you a prompt everyday to achieve. The site was run by some nice ladies most of whomst live in the USA, with each lady doing a different prompt each day through the week. Each month had 4 sections, ‘Picture More’ which was a technique theme, i.e leading lines, framing, repetition etc, ‘Picture Style’ i.e landscape, food, still life etc, ‘Picture Colour’, and ‘Picture You’ which meant a week of self portraiture, which had I realised, would have put me right off doing it in the first place.

The prompts have ranged from easy – impossible, and a fair amount of them have been downright bonkers, and quite a lot of them have been frustrating either a) to understand or b) to accomplish. The ladies are sweet but also mostly bonkers. The whole thing was very laissez faire, and you could omit doing the prompt and do some other photo instead if you fancied, and do your picture one or two days beforehand if you felt like it, took me a while to get over thinking that was cheating, but I kind of did.

Instagram is the platform the group use so I posted there for a few months, but I found it too time consuming (all that tagging and commenting!) what with the blog, work and other bits of life, so gave that up and just backed up my photo’s on Smugmug & Flickr and of course wrote this blog to accompany the pictures.

Did I learn anything from this challenge? Not really anything much about photography as I’ve been doing it a few years, though it was cool to revisit a couple of techniques I’ve tried before and discarded because I don’t really need them. I was quite enthusiastic as I started the challenge but soon enough found myself getting annoyed or frustrated more often than not. Even worse, everyone doing it in the instagram were doing works of art whilst I was either doing a quick snap after work or clueless as to what to shoot, so was miserable at my crappiness (another good reason to get off the Gram). There were times of despondancy! So that’s mostly the ‘bad’ stuff, but it’s not important considering the state of the world.

There was good stuff! Honest! It was great to be doing it in tandem with Connie, and we’ve moaned about it together and had a laugh about it too and that kept me going really, I’m not sure I’d have stayed with it had I been on my own. Also Phil, who although was ready to divorce me if I started another one, has been a star whenever I needed help to accomplish a shot. I also loved it when I could find an excuse to include Winnie and Lord Vincent. I hate being in photos so am quite proud of myself for getting on the other side of the camera, even if it was only a thumb or finger sometimes. For all the frustration I’m glad I did it and got through to the end. It’s the 4th 365 I’ve done, but the first time I’ve had someone else dictating the days shot. It’ll be the last time I have that constraint, but I may yet do another 365 on my own, further down the line.

Not this year though as I’m all fired up to do more film photography. My Christmas present to myself, pah! who am I kidding, it’s an October present! to myself is a rather gorgeous Contax Aria, and it’s a dream to use. I’ll be posting on my Fraggle Film blog which is https://fragglefilm.com/ so click on that and follow there, I don’t post too often on there so it won’t take much of your time up!

Other than photography life has gone on in much the same way in our strange new bug~ridden world. Still working 3 days a week, still wearing a mask and gloves etc to do my job. I can’t imagine doing it without them now. Phil’s eyes are all better which is good for him, but I was looking forward to getting a seeing-eye doggy so that’s disappointing. 😉 Inspite of working in high-risk venues both of us have avoided having the plague so far, though Phil’s kids and grandkids have all succumbed but survived OK. I’ve visited my son Ben and grandson Lewis twice which was both traumatic and wonderful simultaneously, so am dreading/looking forward to going to visit again in February this year if plague factors don’t get in the way.

Hoping also to have a lot of photo trips out with Sophie this year, but who knows what’s going to happen? It seems hard to plan anything anymore and we just have to live day by day more or less. A great lesson in Zen for us all.

So that’s my review of 2021 such as it was. I’m supposed to do my best pictures from the year but to be honest I’m not really impressed with any of them, but I have a couple of favourites so here they are. –

From ‘Picture Colour’ ~ red. This was Phils favourite so it became mine too just because he liked it so much.

From ‘Picture More’ ~ marble. Trying to herd marbles was funny.

From ‘Picture Style’ ~ 7 O’Clock. ~ I like making up story photos, and downloaded a copy of a 3rd class ticket for the Titanic ship for this one.

From ‘Picture You’ ~ positive. I had fun dickying about doing this one.

My favourite of Phil ~

My favourite of Winnie ~

So what to do in ’22? Like I’ve said, it’s quite hard to make plans per se, but vaguely am definitely using the Contax more for photography over on Fragglefilm, will resume Fraggle Curated on this blog maybe once a month and maybe do a few movie review again and general chitchat over on Fraggles Other Place, so I’ll still be popping up now and then, and I’ll still be lowering the tone of the comments sections of everyone’s blogs that I follow. Especially those of the WP4. 🤣

It is a thing that photographers do, a review of the past year in photo’s.  As most of you know I’ve spent this year doing a 366, a photo for every day, and each month has had a different theme, tonight I’ll be doing my last shot for this year and I’m well pleased to have got through and done it.

In previous years this blog has mostly been ‘Fraggle Reports’ which has entailed me and my friend Sophie going off to places around the North East, and blogging about the history of where we’ve visited, as well as posting the photo’s taken there.  We still did that this year, but with the blog being full of the 366, I have not posted any of our visits, but will do so now the 366 has finished.  SO my review this year is not of the 366, that can be seen on my page here and instead do a snapshot of the  places I’ve been this year.

We didn’t have any outings in January, but I did take a lot of pictures of Skye, this was before she’d been diagnosed with the terminal tumour and she was still full of beans and mad as a box of frogs.

In February Sophie and I visited Beamish Museum on a rainy day, not many people around and we loved going on the old fashioned trams. 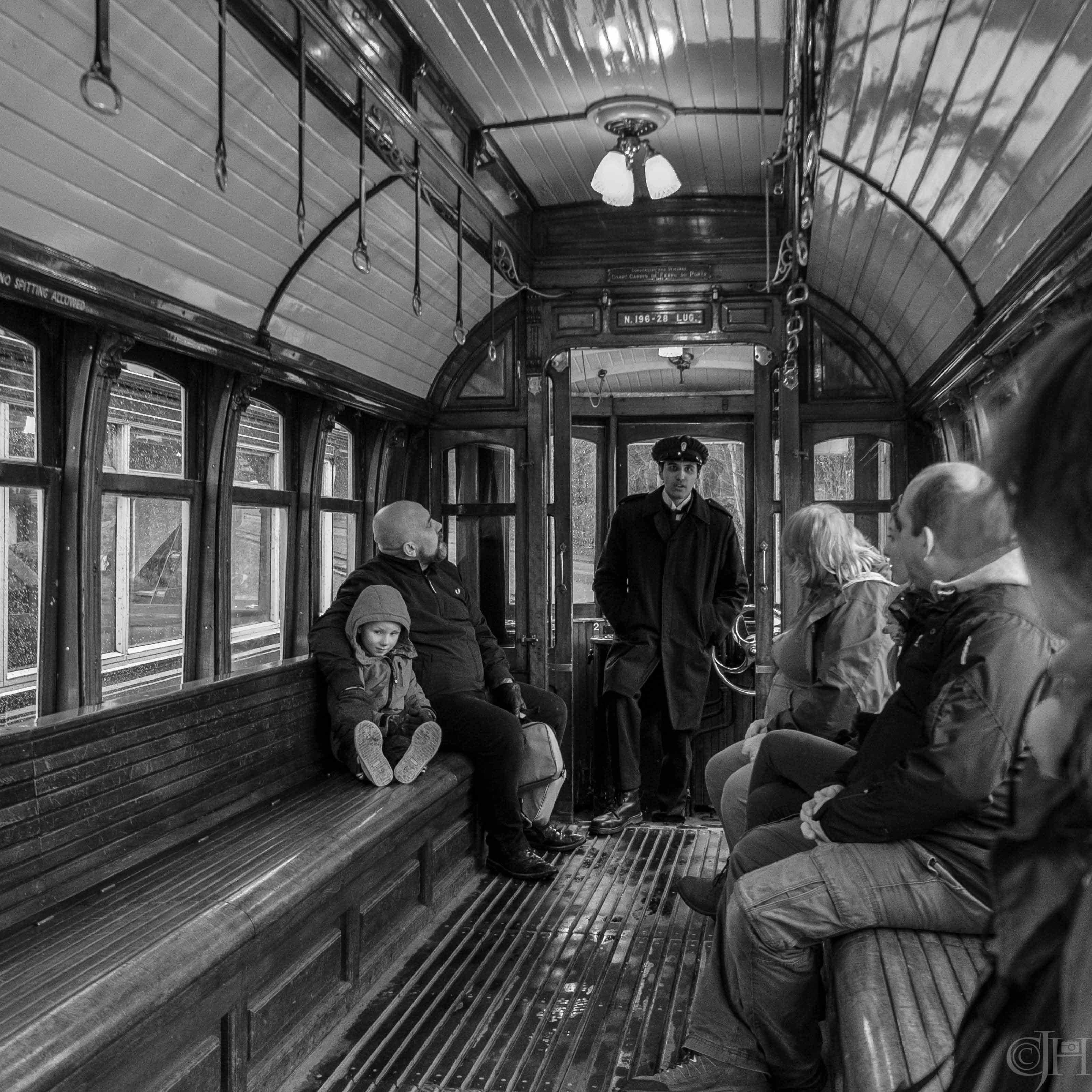 In march we revisited Gibside, again the weather was cold and grey so a short visit, 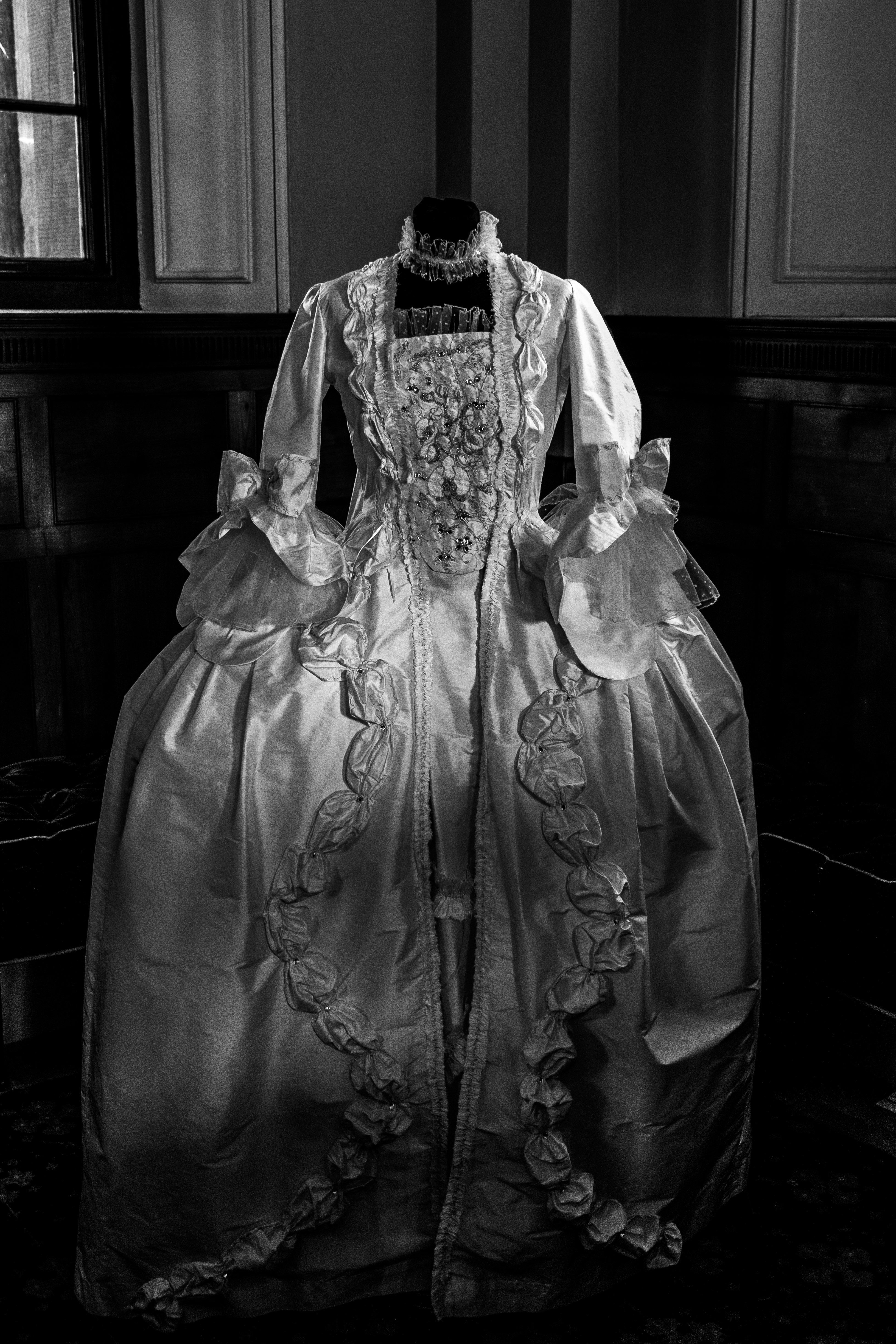 A sunnier day in March had us head out to Path Head Mill, which has been lovingly restored from dereliction, 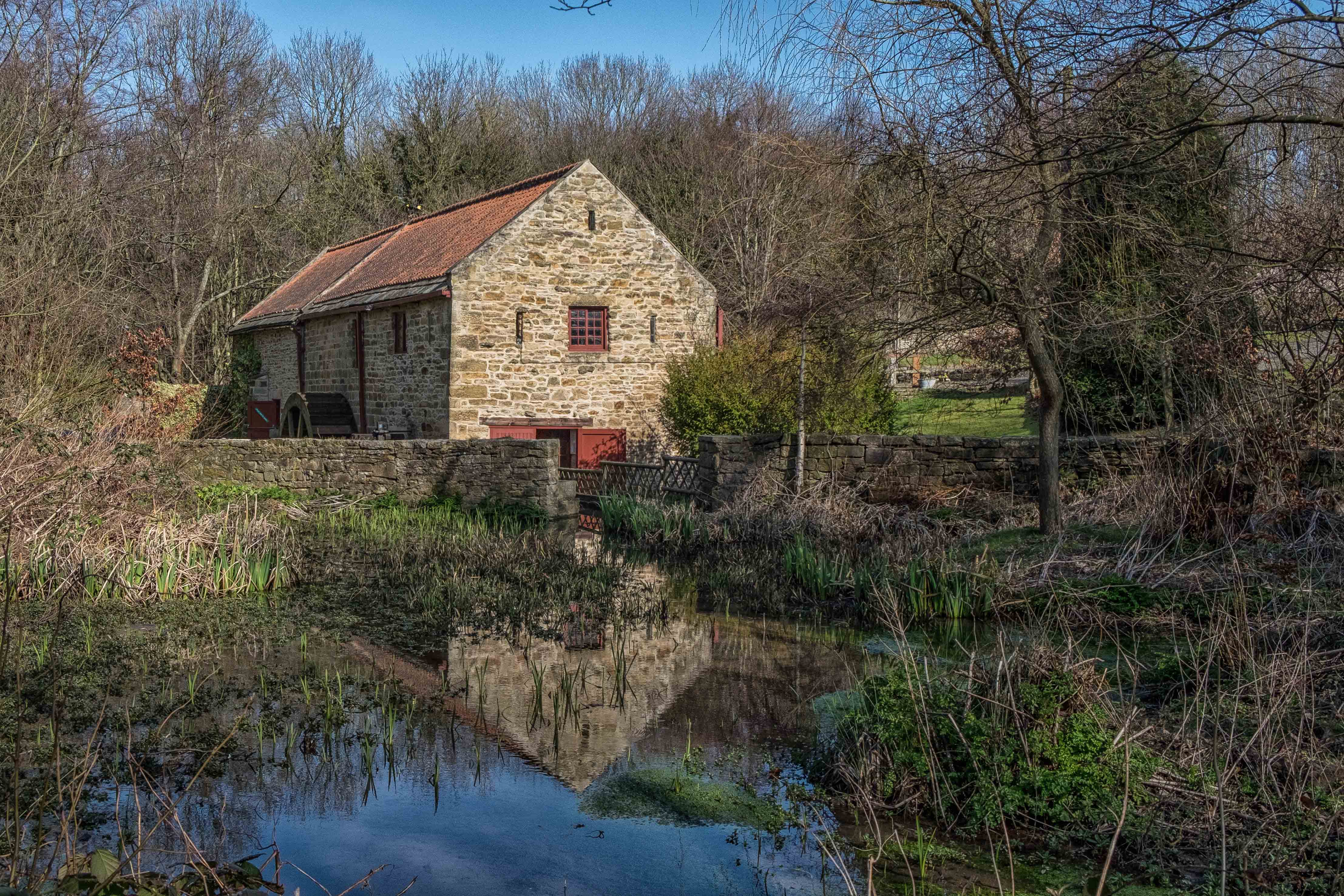 In April we went back to Beamish Museum, a lovely day for their Steam festival, so many old but working cars, tractors, trains and trams, a fab day for photography,

May was a good month and we got out on 3 weekends, first to visit Chillingham Castle, an amazing place full of interesting bits and bobs, we got lost their too, walking around the lake

Berkheads Secret Gardens was our next outing, great for macro photography, so many different plants and flowers in a beautiful setting, 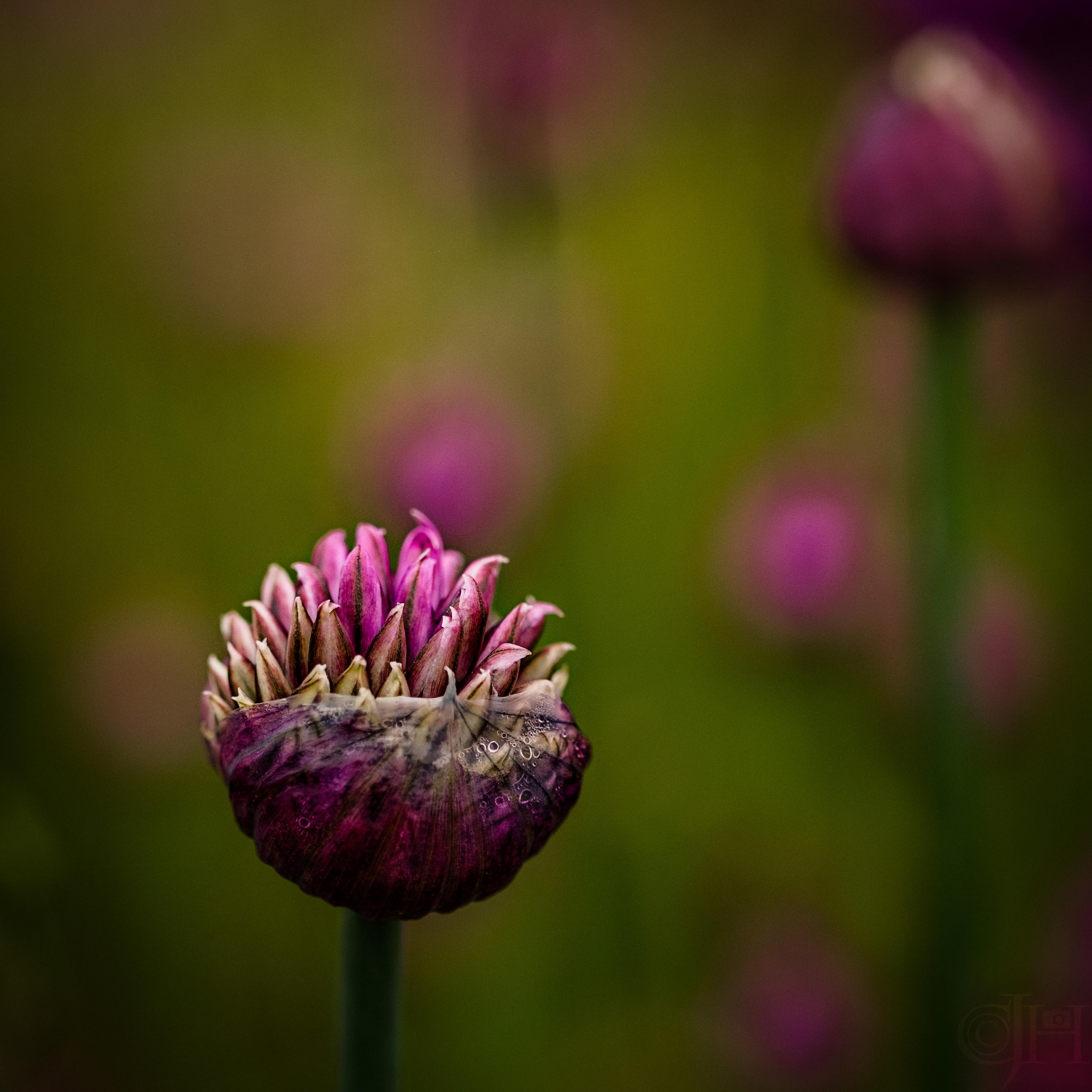 and we visited Newcastle for the International Market day, great food everywhere and from everywhere!

In June we booked to revisit the Farne Islands but our first attempt was cancelled when we arrived due to horrendous weather conditions, so we visited Bamburgh castle up the rod from there instead 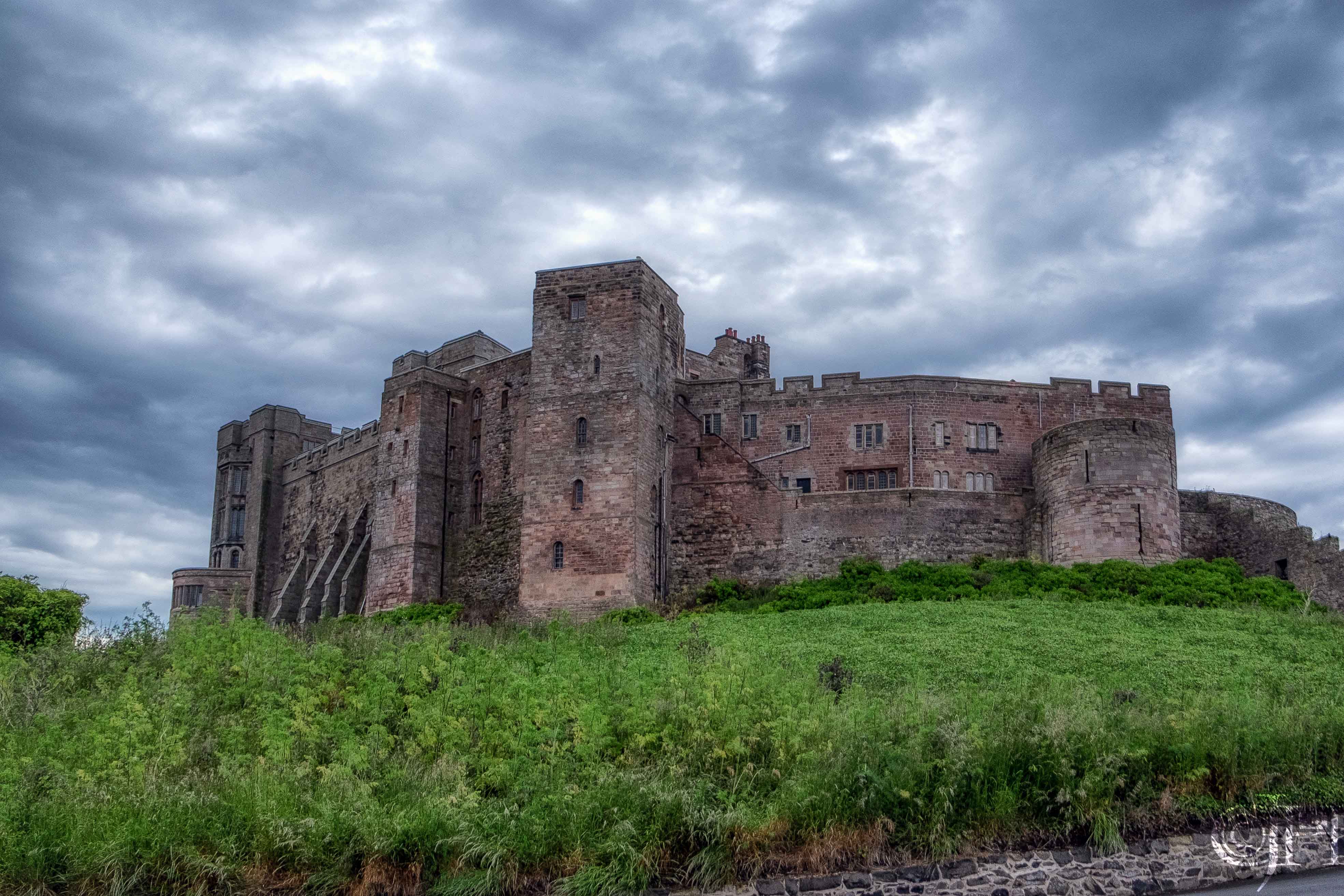 In July we rebooked the Farne Islands and finally got there, we love puffins!

Washington Old Hall is not far from where I live, and it’s tenuous link to George Washington the President of the USA was fun to explore, he never lived there but his ancestors back in the 17th century did, and boy have they made the most of that! This was also in July.

In August Sophie had been given a kind of Treasure Hunt leaflet for finding interesting historical bits and bobs around Tynemouth, and as it also has a wonderful Vintage market at weekends, we did a long day there, completed the hunt and did shopping at the market. 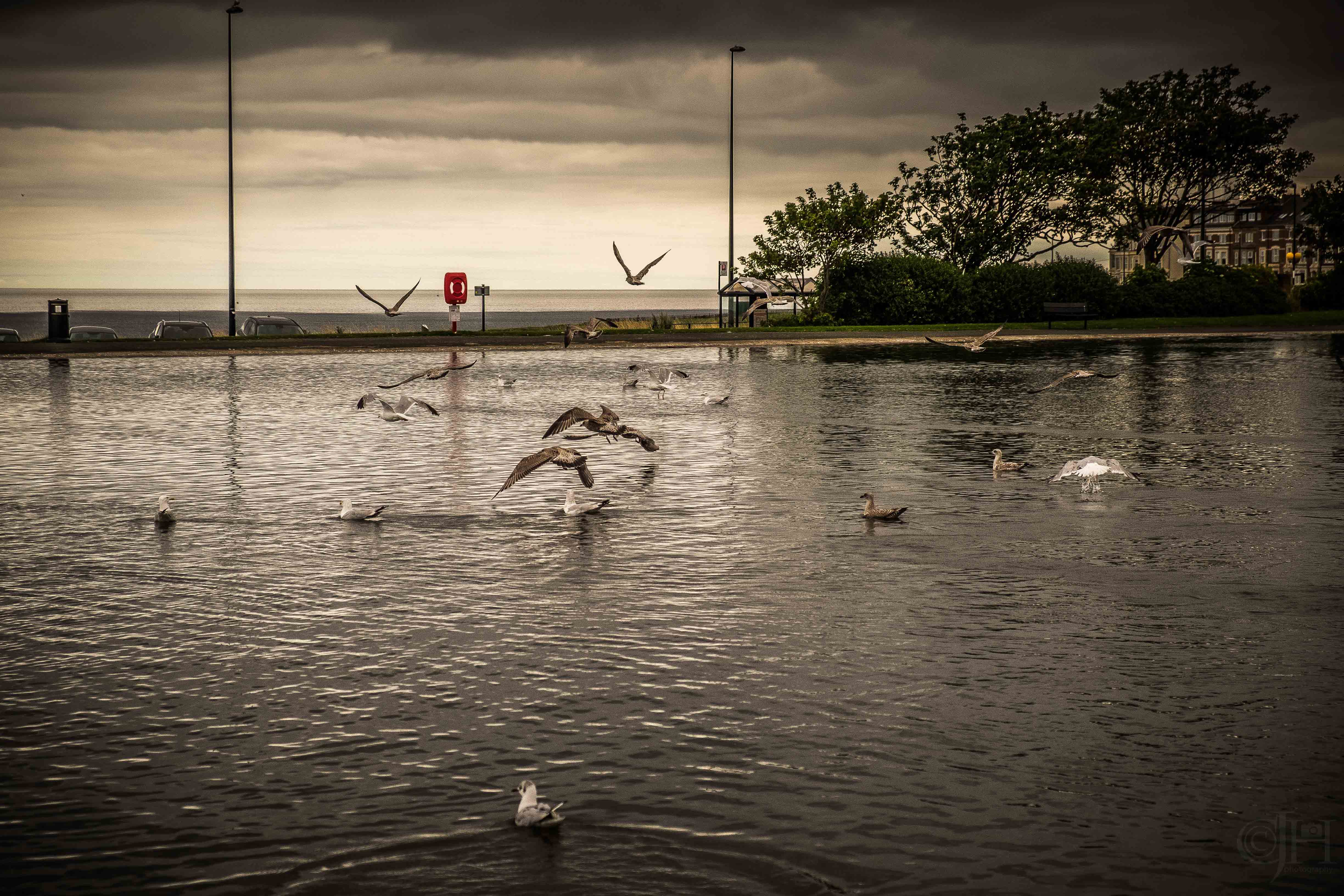 Also in August we visited Washington Wetlands a regular haunt,

Sophie wasn’t around for most of September so I went on a little outing myself to the Roman Fort, Arbeia, at South Shields, 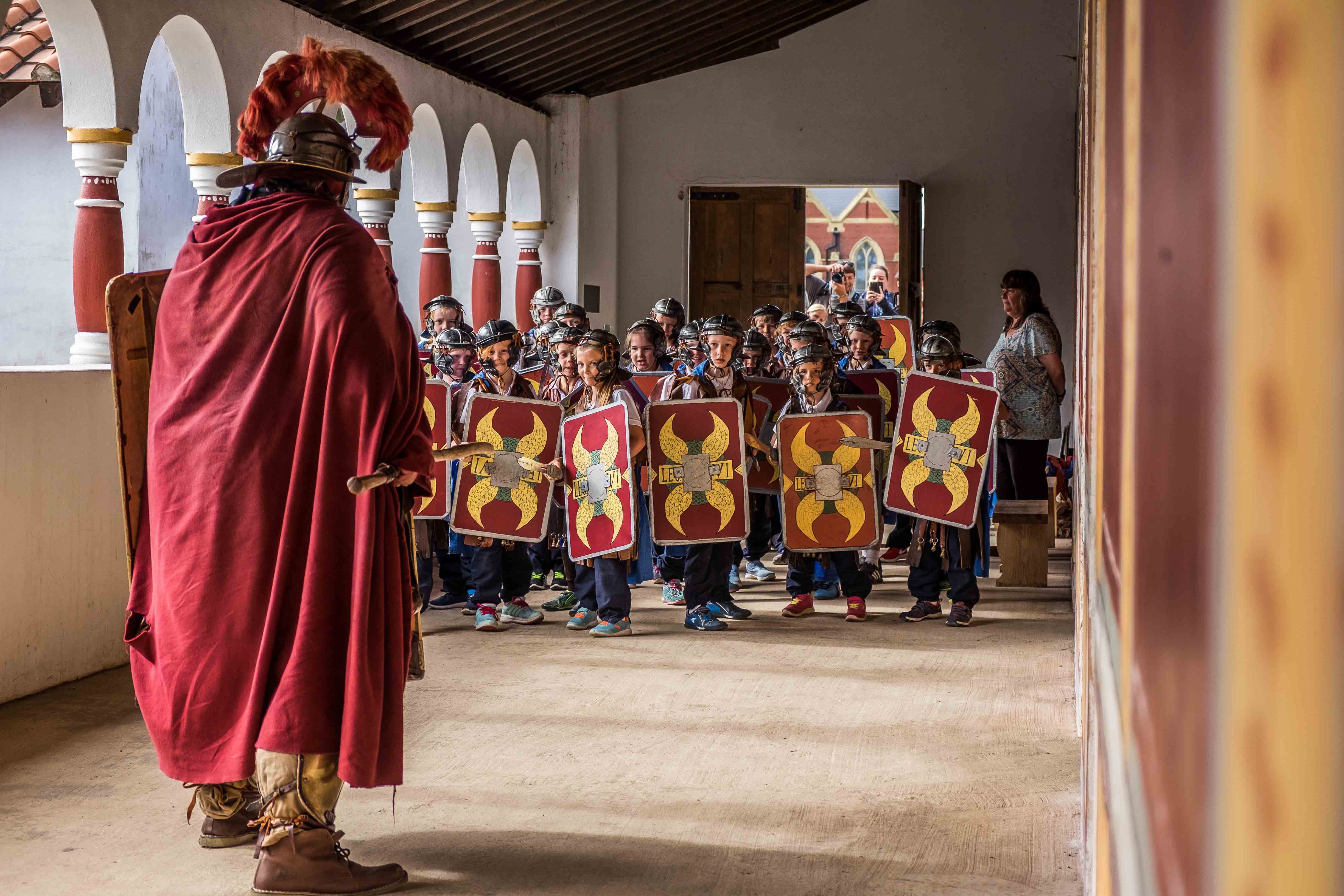 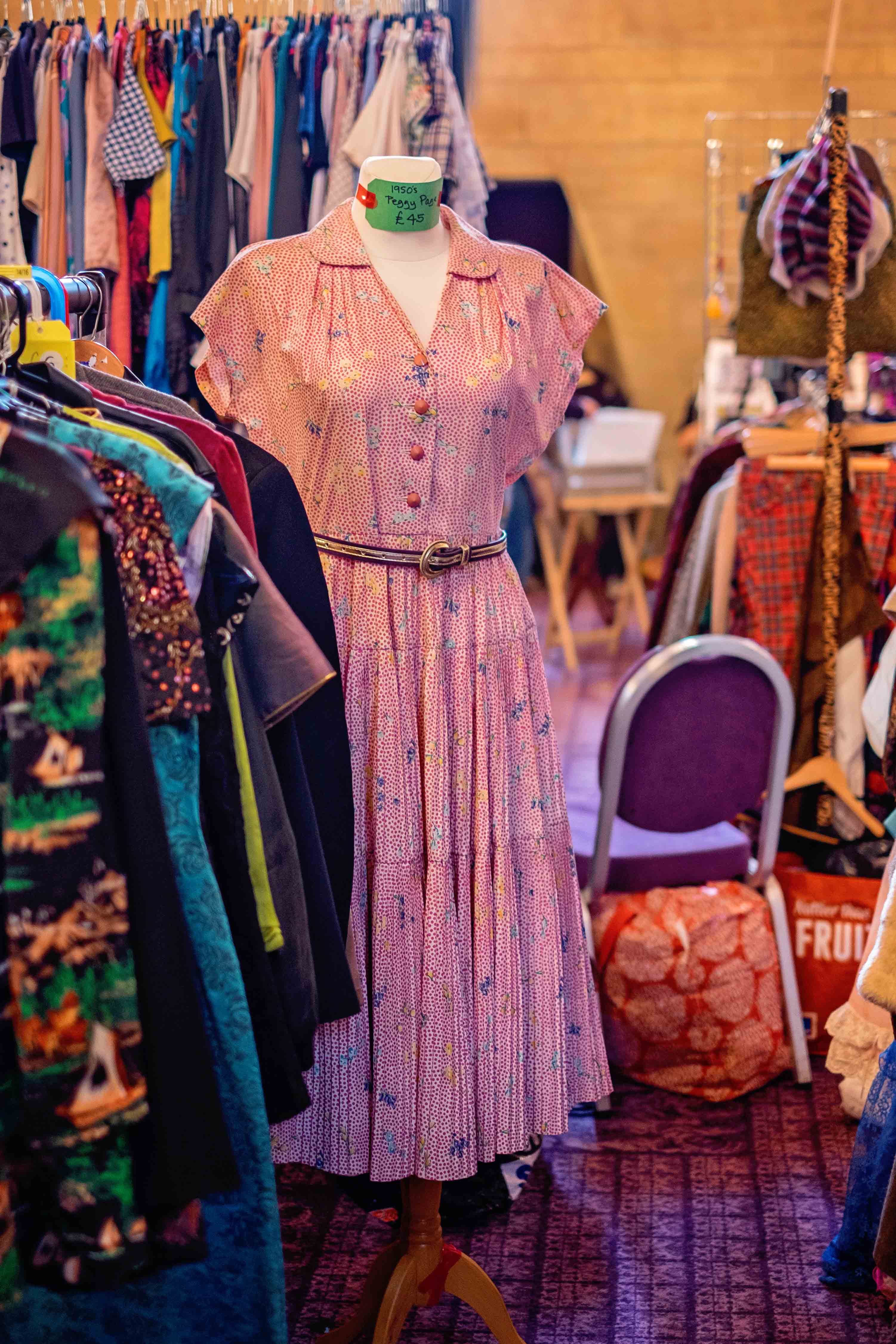 No outings with Sophie during October or November, though I was out for my 366 with Frego and the Crystal Ball and took some shots along the way.

Beach Huts at Blythe in October 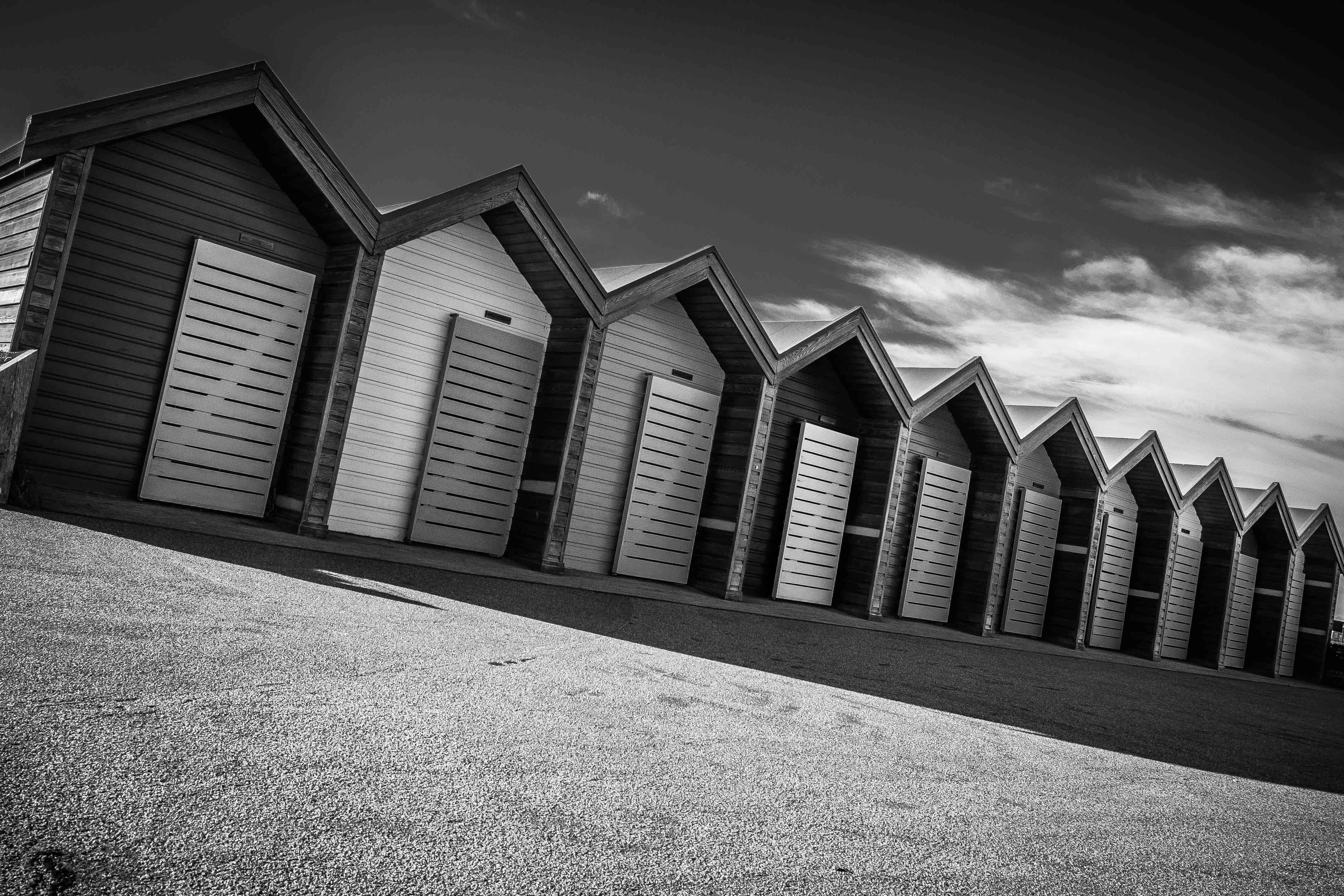 and a rainbow over the sea at South Shields in November 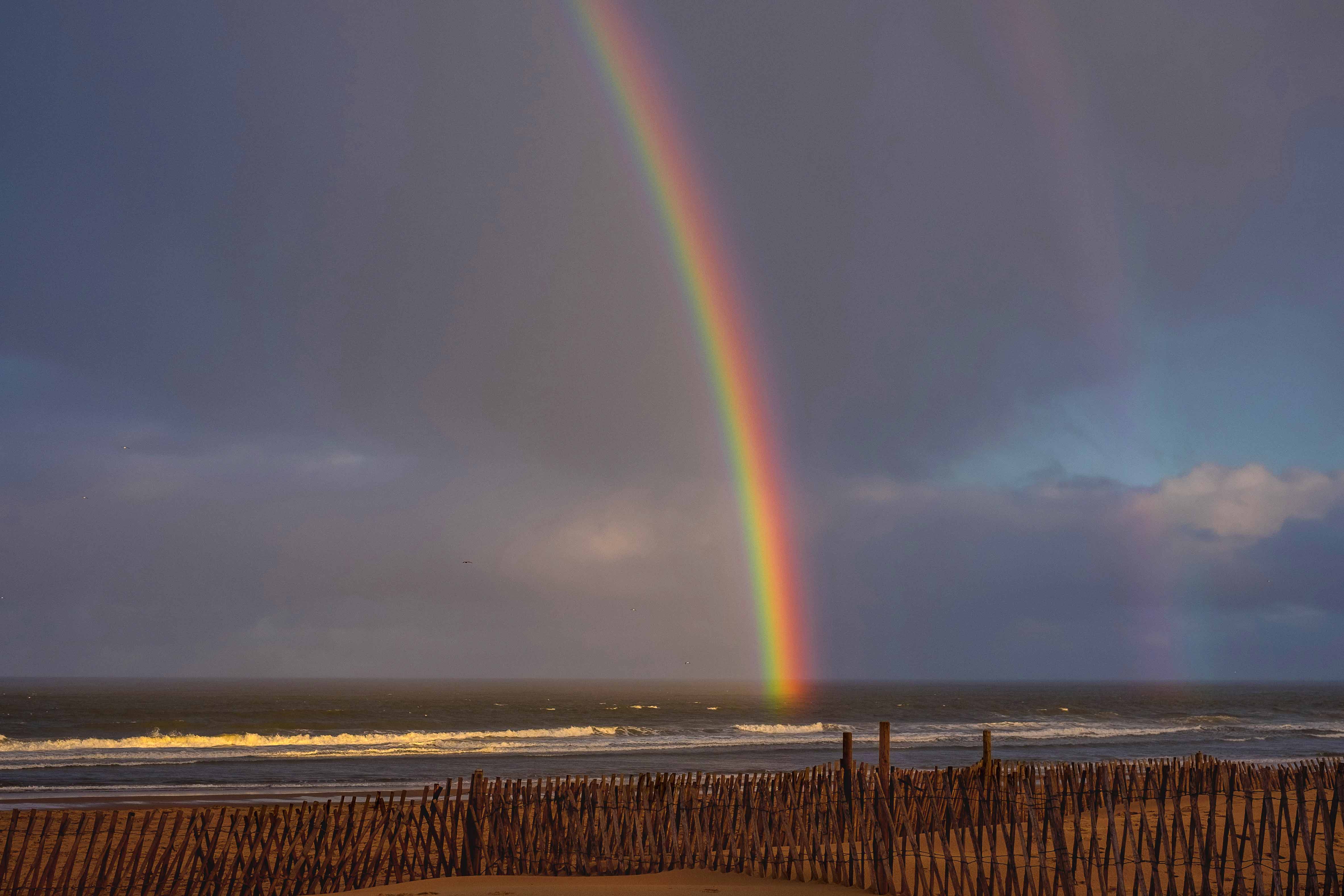 but Sophie and I got together for the Camel Parade at South Shields  in December, 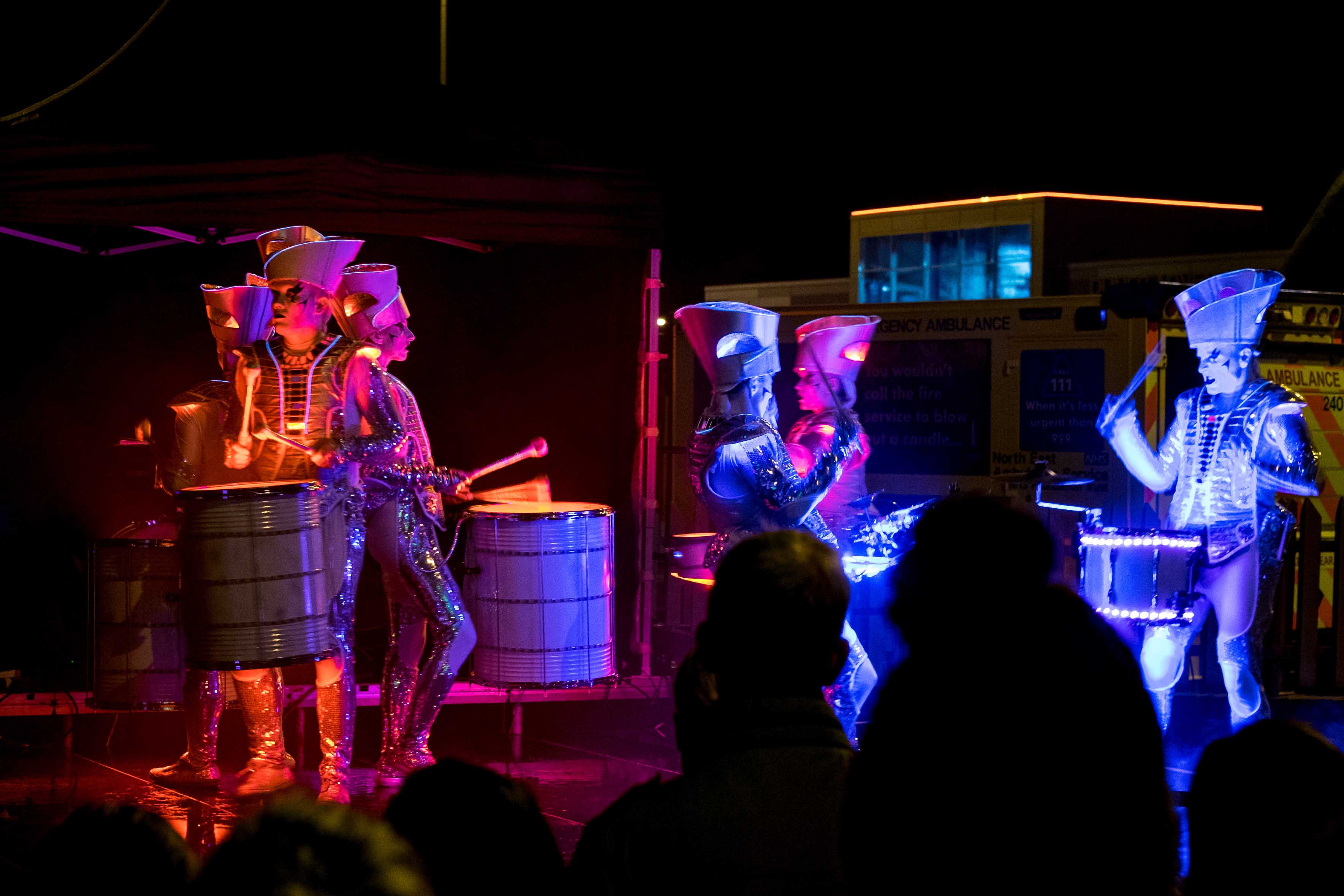