After our visit to Overloon, we then headed for Veldhoven and got to the big conference centre where it’s held, and also where we stayed.  It’s an absolutely huge place with 500 rooms, mostly filled with geeky modellers 🙂 for the weekend. We’ve been here a couple of years ago so I’ve already photographed it inside and out, but it’s always fun to shoot the corridors!

Phil had been asked to judge one of the sections of the model competition, along with a couple of other modellers.  The competition has over 2000 entries, this whole show is vast.  I took a lot of photo’s but didn’t get all 2000!  I’m posting a few of my favourites here but I’ll leave a link to the full album, there’s some great artistry  to be seen. the quality of the flat figures was also amazing,

The long corridors of the conference are home to various artists whose work is for sale, and thinking of my pal Clare over at Monster Mermaid

I photographed some of the art work on display you can see more Here

We had a great time at the show, met up with old pals in the bar in the evenings to have a good chat on,  and on the Monday morning, packed our bags and came home. Phil’s already booked us back in for next year, so there’ll be another road trip next October!

War belongs in the museum. That is the motto of the War Museum Overloon. The War Museum Overloon presents the history of the Second World War. Here you see how it can be that in five years’ time more than fifty million people lost their lives, but also how the oppressed people resourcefully coped with restrictions and shortages. There is attention to the opposition, but also to the persecution. Finally, there is, of course, also attention paid to the liberation, with special attention to the Battle of Overloon.

In September 1944, the British general Montgomery conceived of the attack plan Market Garden. With air landings at Arnhem and the liberation of a narrow corridor through South Netherlands, it would be possible for the Allies to make a further advance to Berlin. However, the plan only partially succeeded. The Allied forces wanted to broaden and strengthen their corridor, but the German opponent in turn tried to cut the Allies off. On 30 September, the two parties clashed in the vicinity of Overloon. German Panther tanks and American Sherman tanks attacked each other continuously. About a week later, British troops got involved in the fight. Ultimately, it took nearly three weeks before Overloon and more the southerly Venray were liberated. The Battle of Overloon is known as the most intense tank battle that ever took place on Dutch ground.
The battle of Overloon ensued as the Allies in Operation Aintree advanced from nearby positions south toward the village of Overloon. After a failed attack on Overloon by the U.S. 7th Armored Division, the British 3rd Infantry Division and the British 11th Armoured Division took over. The U.S. 7th Armored Division was moved south of Overloon to the Deurne – Weert area. Here they were attached to the British Second Army, and ordered to make demonstration attacks to the east in order to divert enemy forces from the Overloon and Venlo areas.

Suffering heavy losses the British captured Overloon and moved towards Venray. The advance on Venray resulted in heavy losses, especially around the Loobeek creek, which was swollen due to heavy autumn rains and was flooded and mined by the Germans. Casualties were heavy here among the 1st Battalion, Royal Norfolk Regiment which was serving in 185th Infantry Brigade of the British 3rd Division. During the battle, the village of Overloon was destroyed. In and around Overloon, some 2,500 soldiers died, making it one of the bloodiest battles in the Netherlands during the Second World War. Dozens of tanks, mainly American, were destroyed. (info from wiki and the museum website).

I did say in my post from Waterloo, that the underground museum there was one of the most impressive I’d seen, but really Overloon War museum was even more so.  The museum was established straight away after the war, in 1946 and  consists of tanks, vehicles and all sorts that were left on the battlefield, and have been restored. The place is huge, big enough to house a B25 tactical bomber as well as all the vehicles.

I was chuffed to see a spitfire too

One of the more poignant exhibits was a Churchill tank and with it a letter from the chap who’d been in it when it was blown up, you can click on the picture of the letter to see it large so to speak, and to do so and read it is an experience in itself.

The Red Ball Express was a famed truck convoy system that supplied Allied forces moving quickly through Europe after breaking out from the D-Day beaches in Normandy in 1944. In order to expedite cargo to the front, trucks emblazoned with red balls followed a similarly marked route that had been closed to civilian traffic. These trucks were also given priority on regular roads.  The system originated in an urgent 36-hour meeting and began operating on August 25, 1944, staffed primarily with African-American soldiers. At its peak, the Express operated 5,958 vehicles, and carried about 12,500 tons of supplies a day. It ran for 83 days until November 16, when the port facilities at Antwerp, Belgium, were opened, enough French rail lines were repaired, and portable gasoline pipelines were deployed.

As well as all the vehicles, there is the history of the awful conditions that the people of Overloon suffered, and the role of the resistance. outside there are statues (can’t find any info on them, but I think they depict the starvation of the townspeople)

this next one is Shock Troops of the Command/Limburg Regiment during the Second World War. Monument Shock Troops Command, manufactured by the painter/sculptor Charles Eyck.

they’d even restored a Bailey Bridge

Far too many photo’s for one post and I won’t bore you to death with lots of military vehicles, but I did take a shed load of them and for anyone interested

the full album can be viewed HERE

It is such a powerful museum to experience, and once isn’t really enough, there are bits that make you cry, like the letter from the tank guy, but there’s just so much that is fascinating, and you get such a sense of the scale of things.

This was the last visit to museums along the way to the Model show in Veldhoeven, but stay tooned, as well be getting to that next time.

So winding up the Eindhoven trip today, and after my walk in the woods (in part 2) I went and joined Phil in the model show.

There were some excellent models in the show..

one of my favourites… saw the movie 🙂

and Phil had his figures in the competition..

and he won a silver medal

which he was dead chuffed with.

I took some more photo’s in the stained glass room 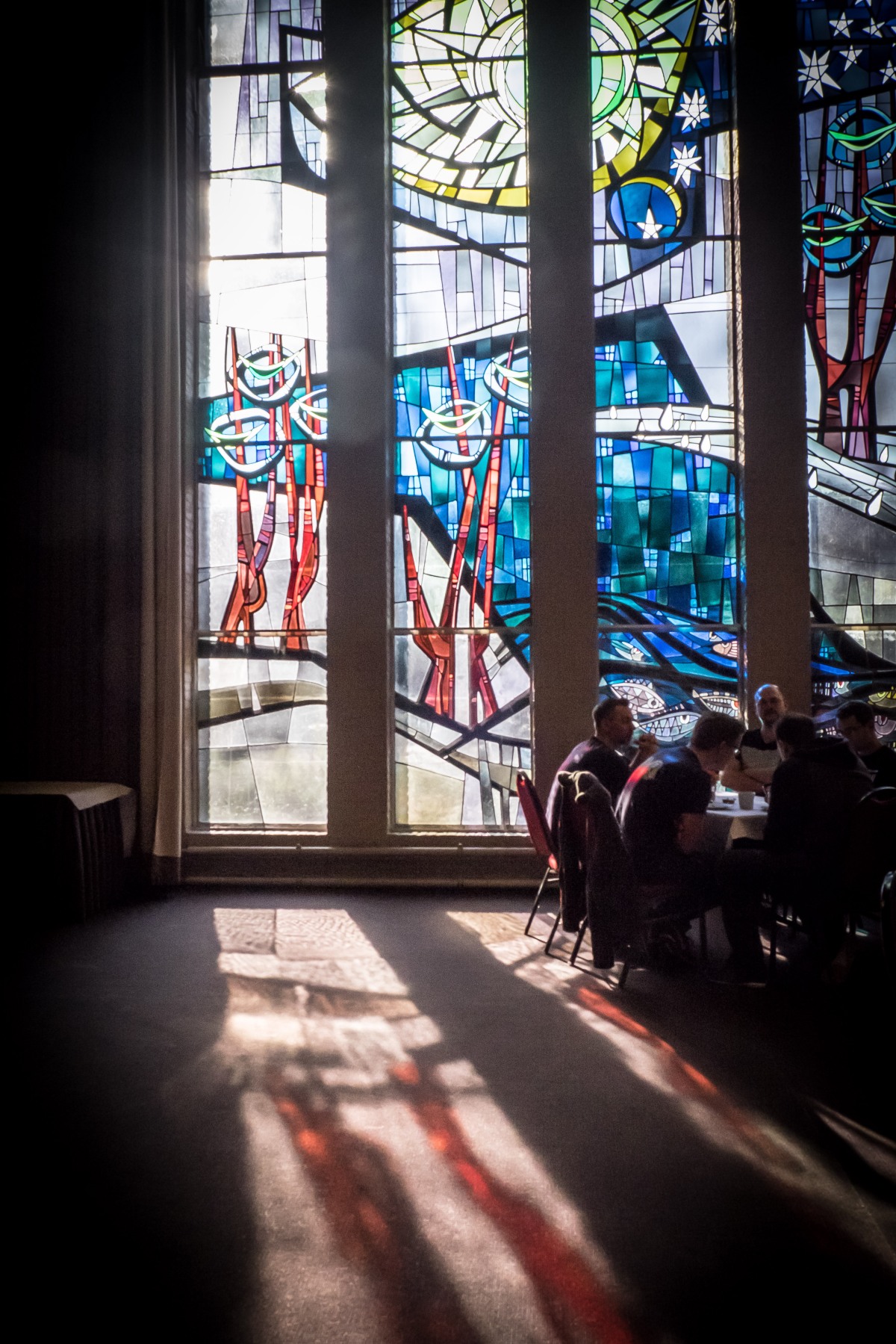 In the evening we went and had dinner in the posh restaurant..

and a drink in the bar

and saw the sun go down on our terrace

and the next day we travelled home.

we got to the ferry and saw police checking the vehicles

and then we got on the ferry

The weather changed as we got into the channel 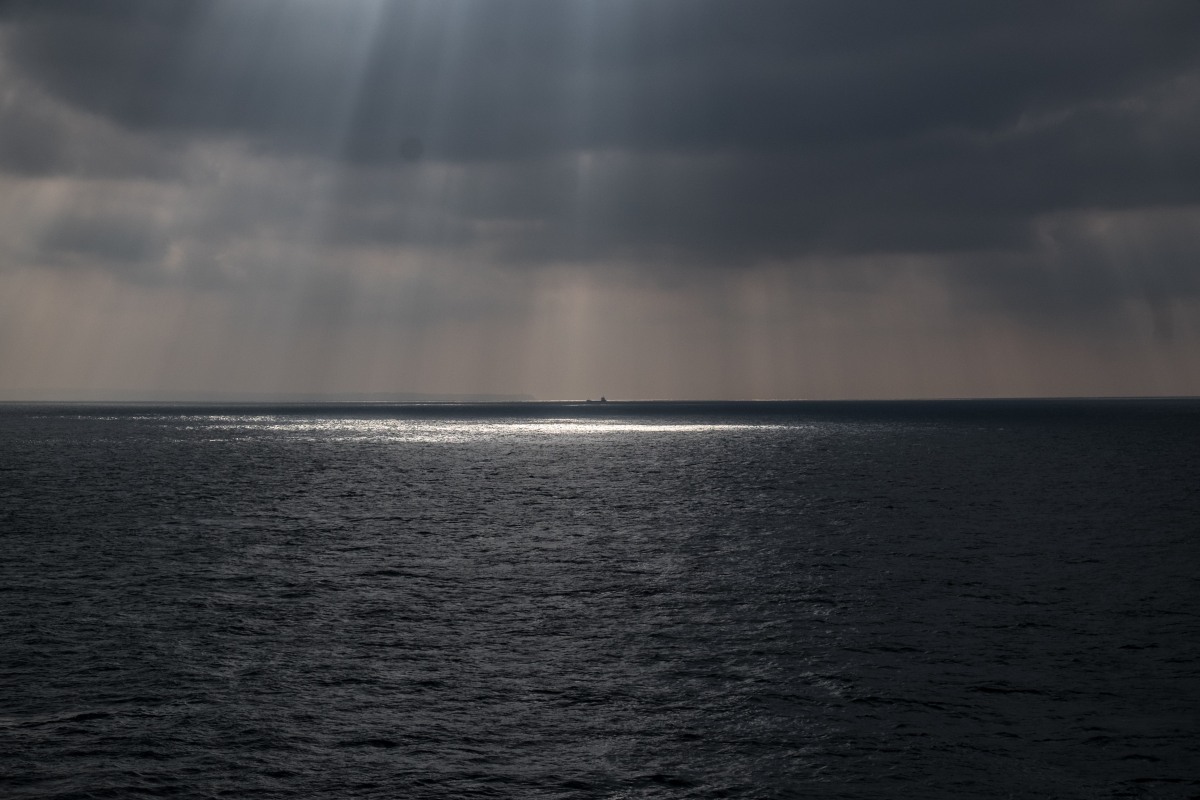 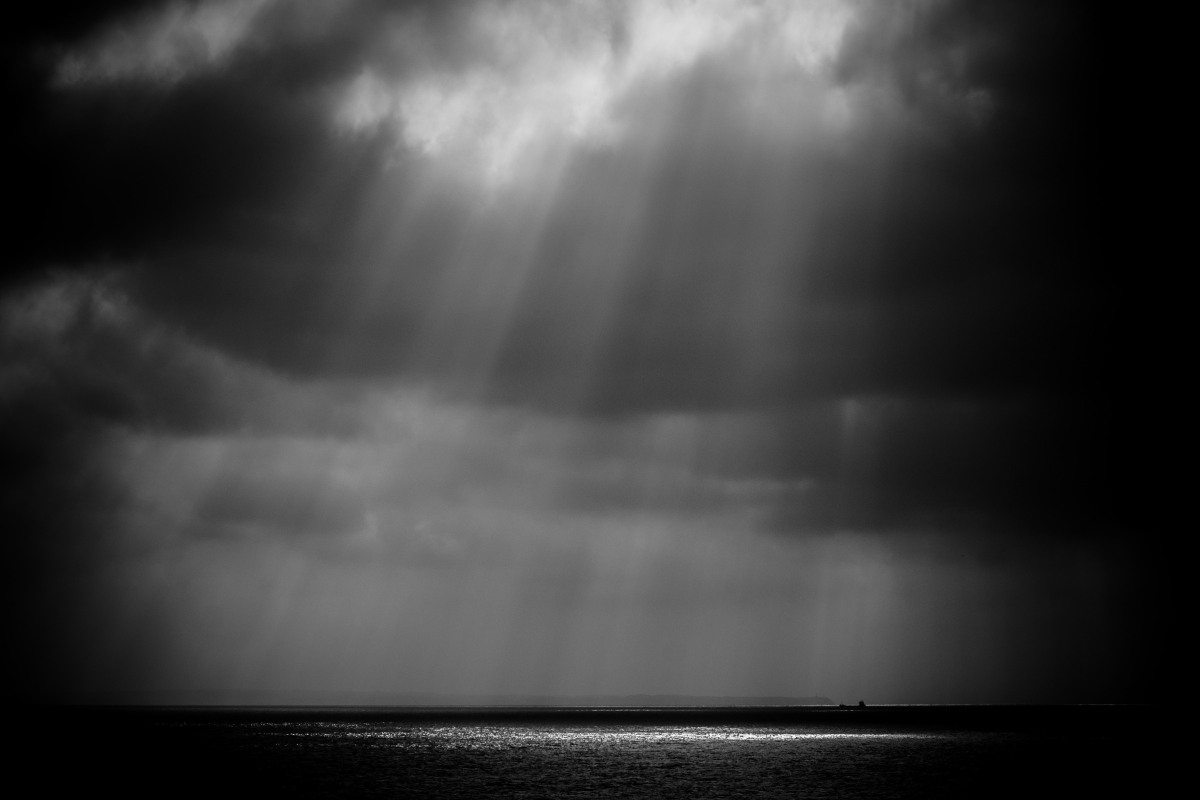 Phil drove some of the way home so I got to take some shots from the window..

an Arsenal football fan I think..

and that was the end of our journey, a fab adventure and we’ll definitely be returning next year. But by airplane next time, a 13 hr journey home was quite tiring!

On the morning of the model show, after I’d had a quick shufty around and taken some shots of the models, I went for a walk with my camera in the surrounding woodlands while Phil perused the models and did some shopping and chatted on with his fellow modeller friends. It was a bright crisp day so nice to catch some sunlight in the autumn leaves. Lots of goodies to see and record. 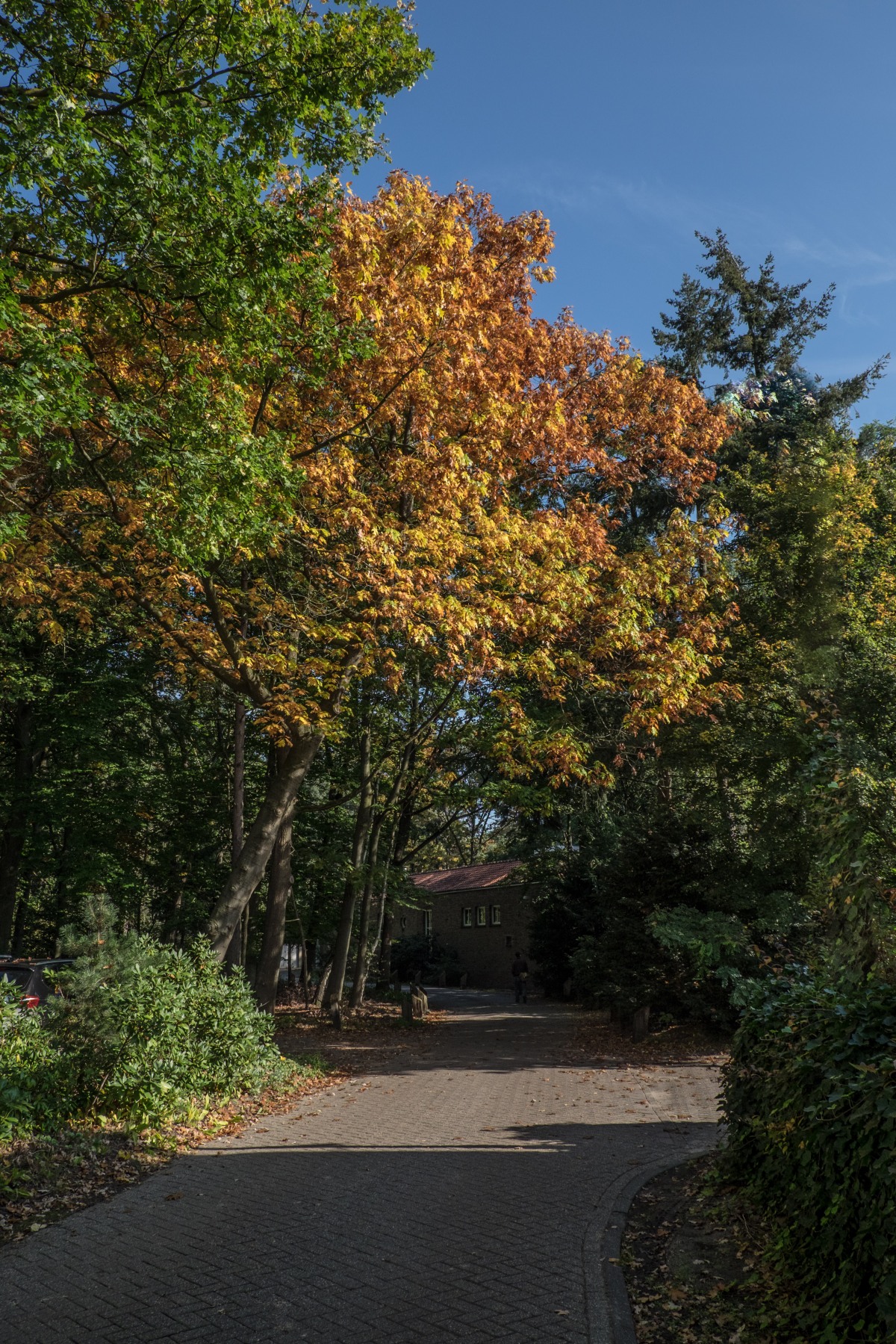 There were some industrial buildings nearby the hotel, but not sure what kind of industry. 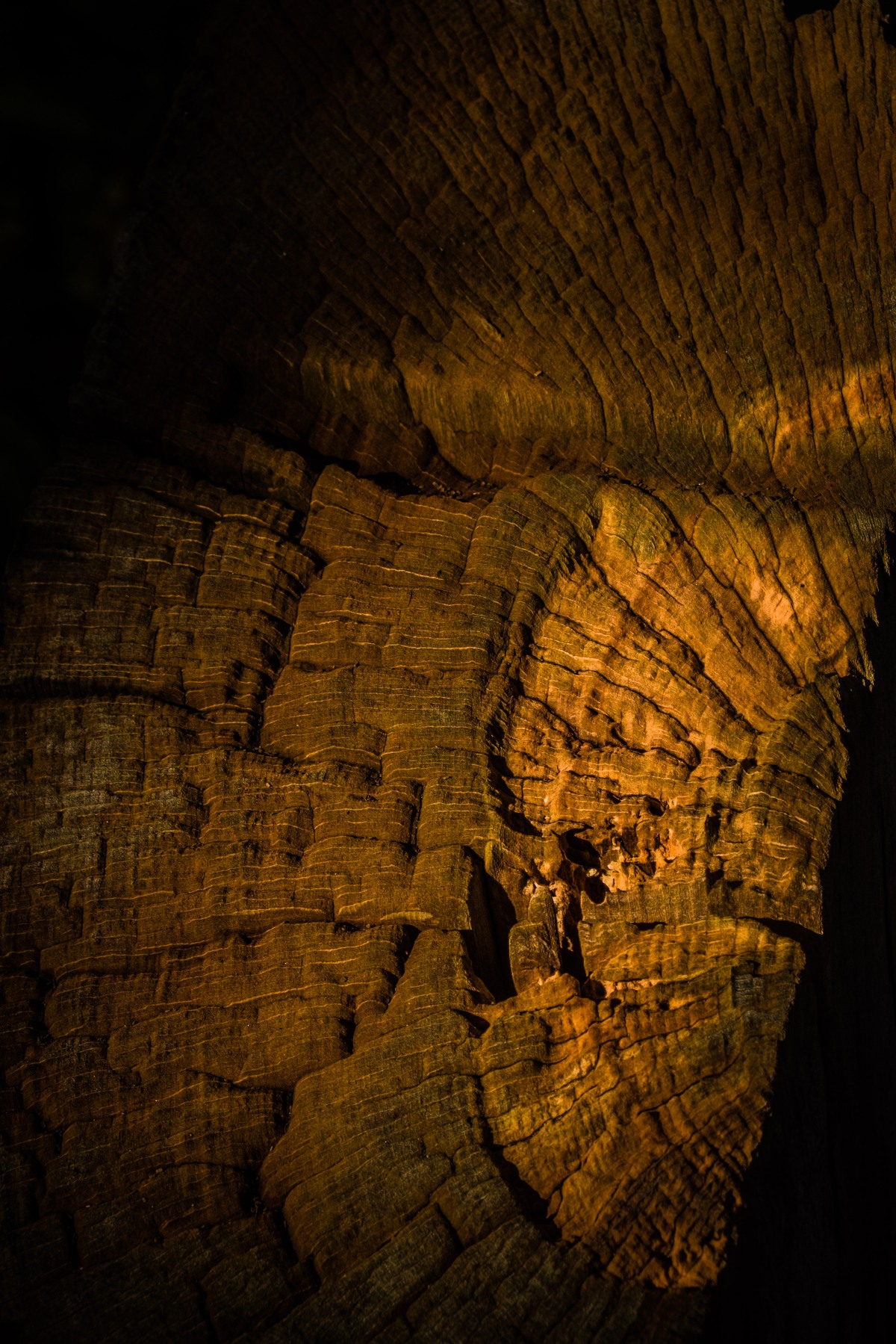 and lots of leaves everywhere.. 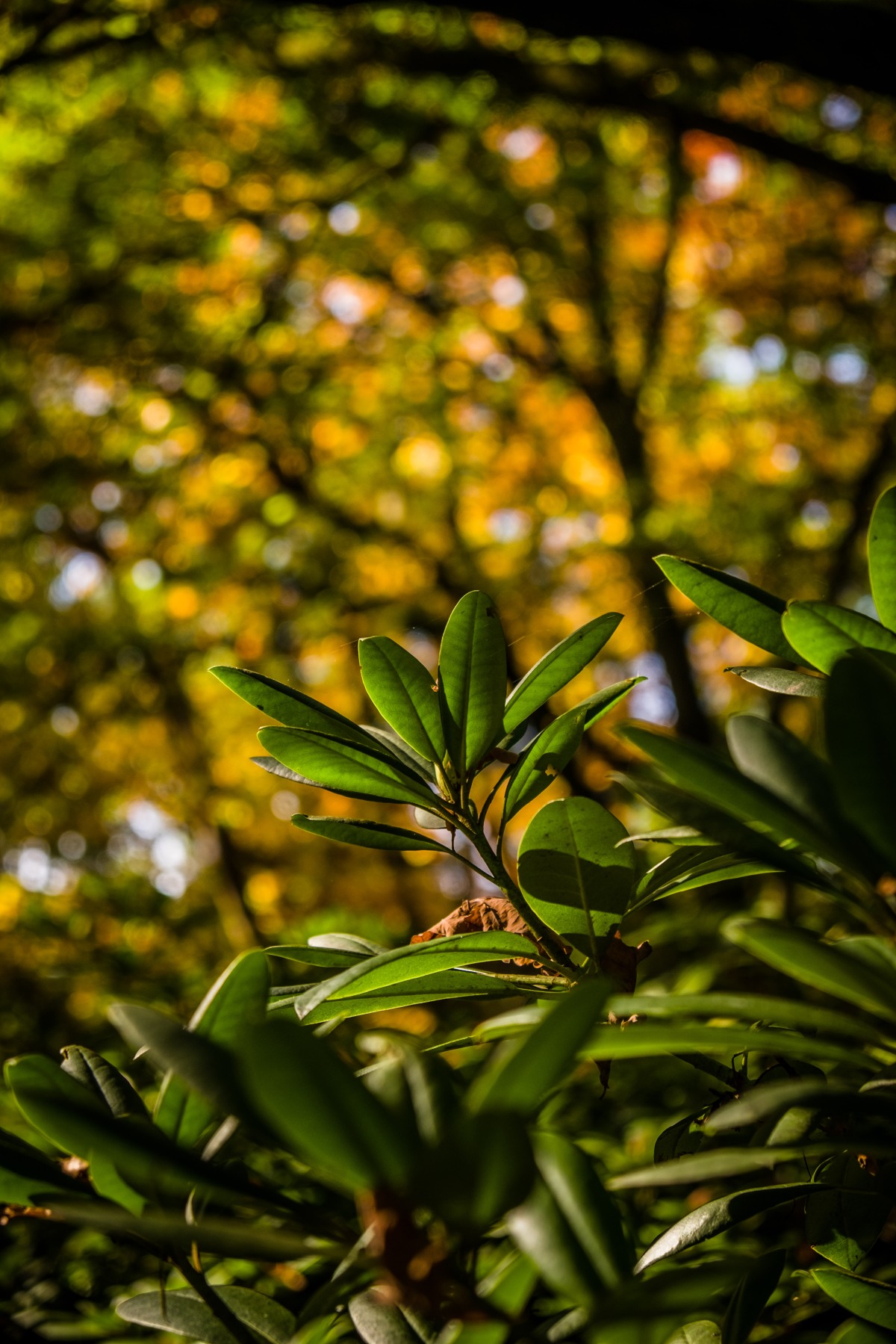 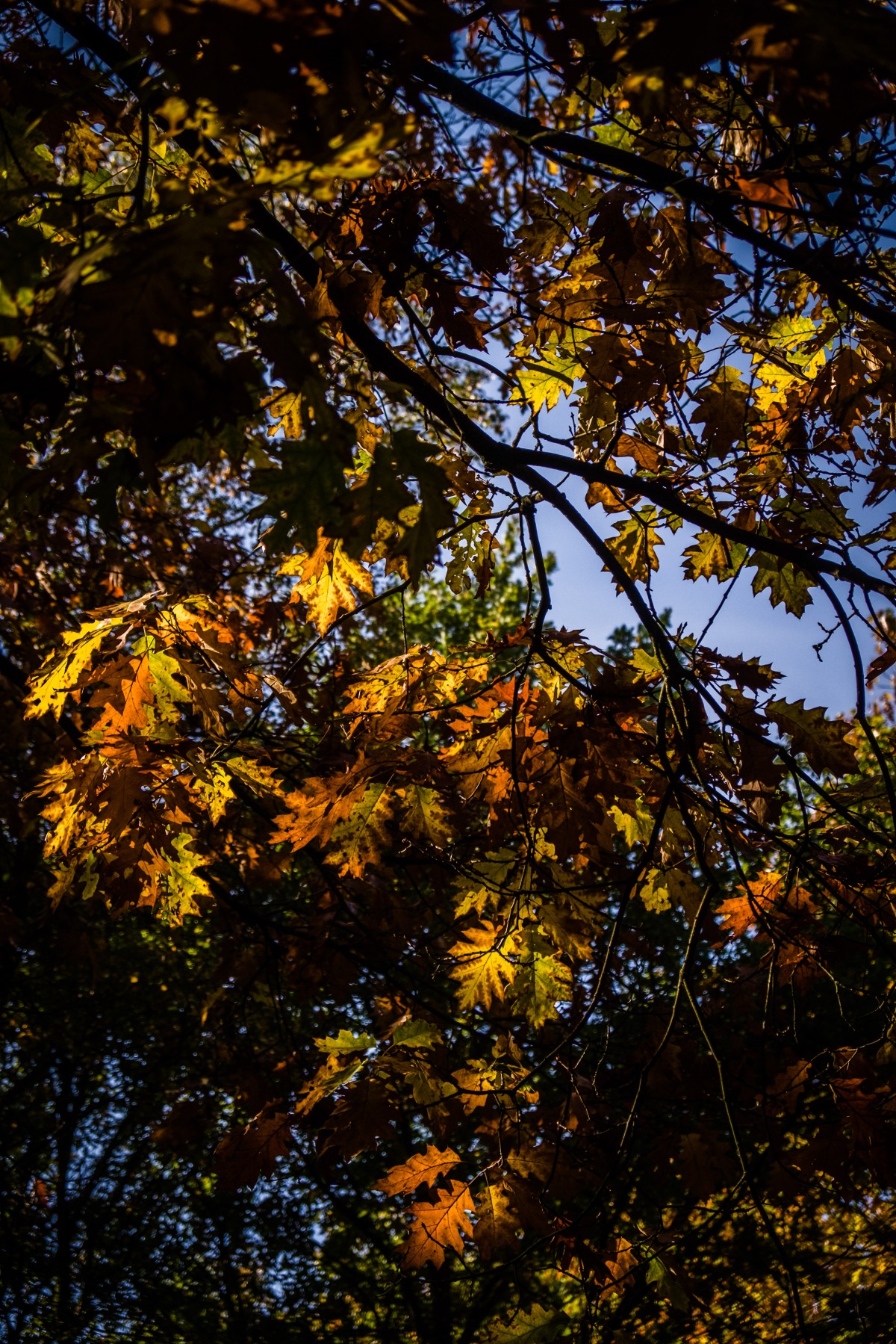 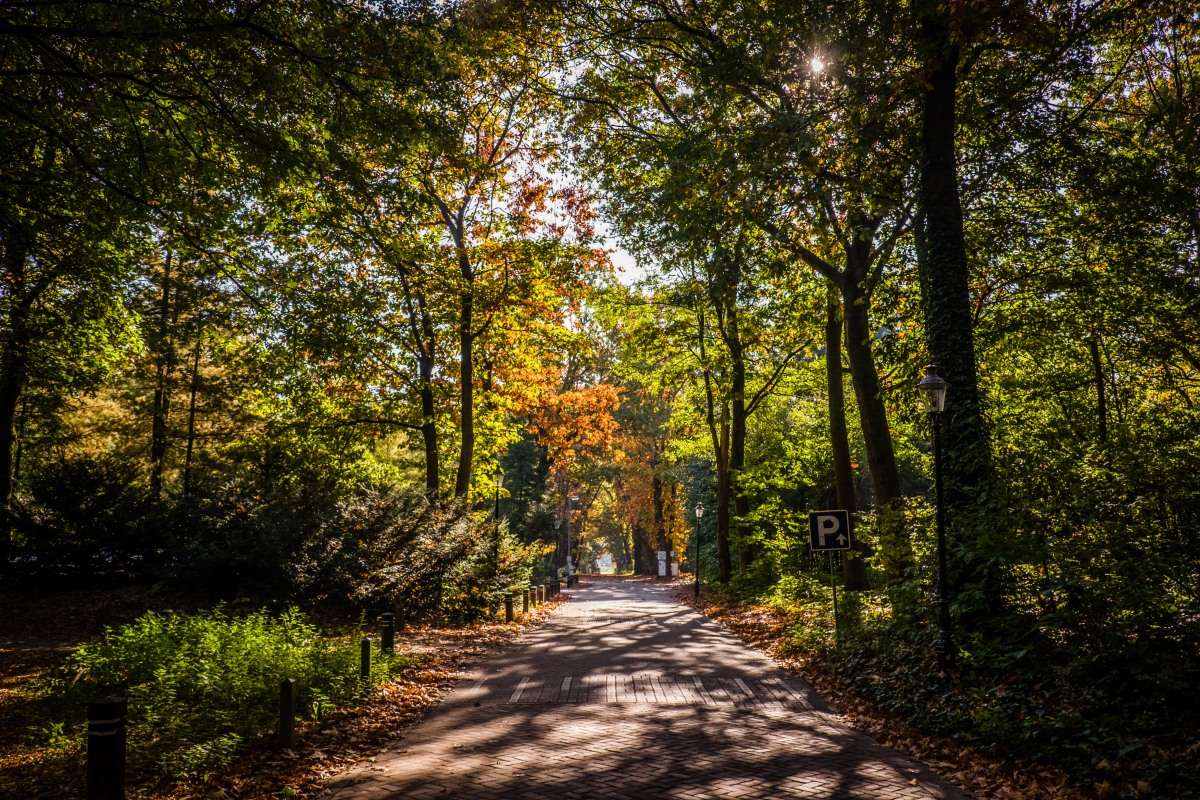 and a bumper crop of mushrooms.. 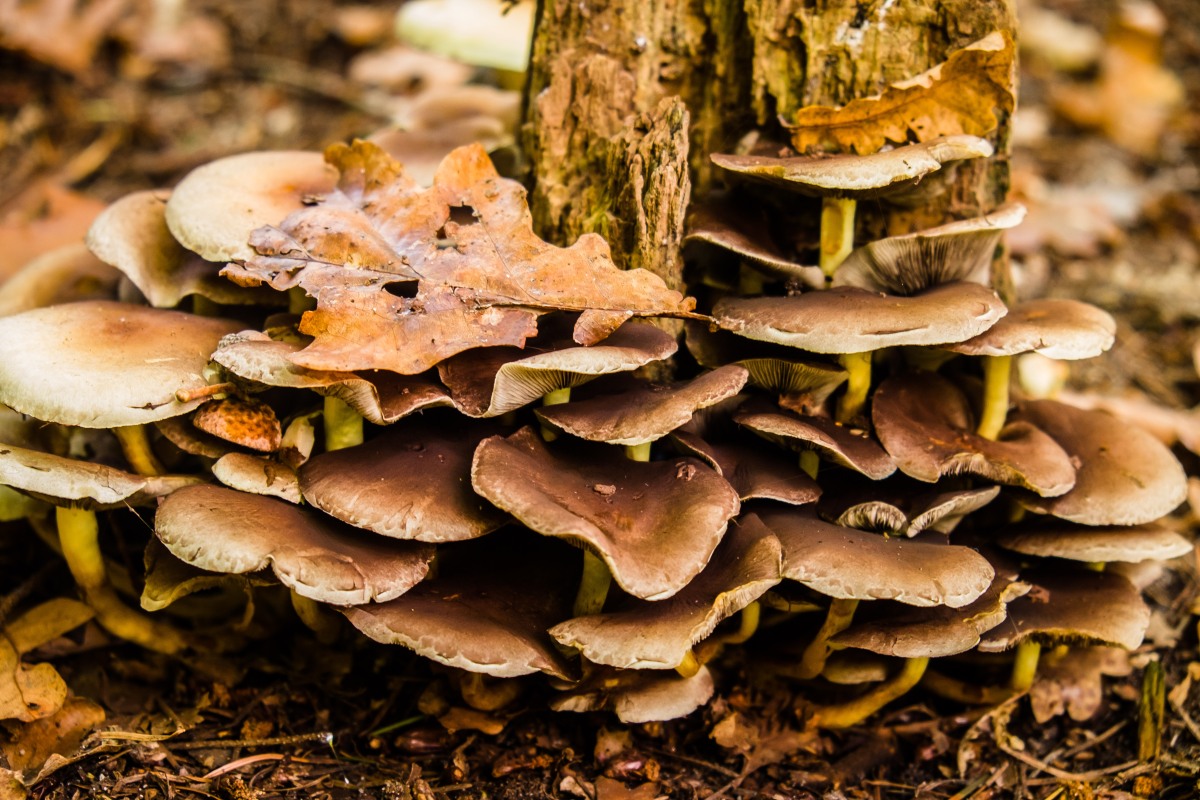 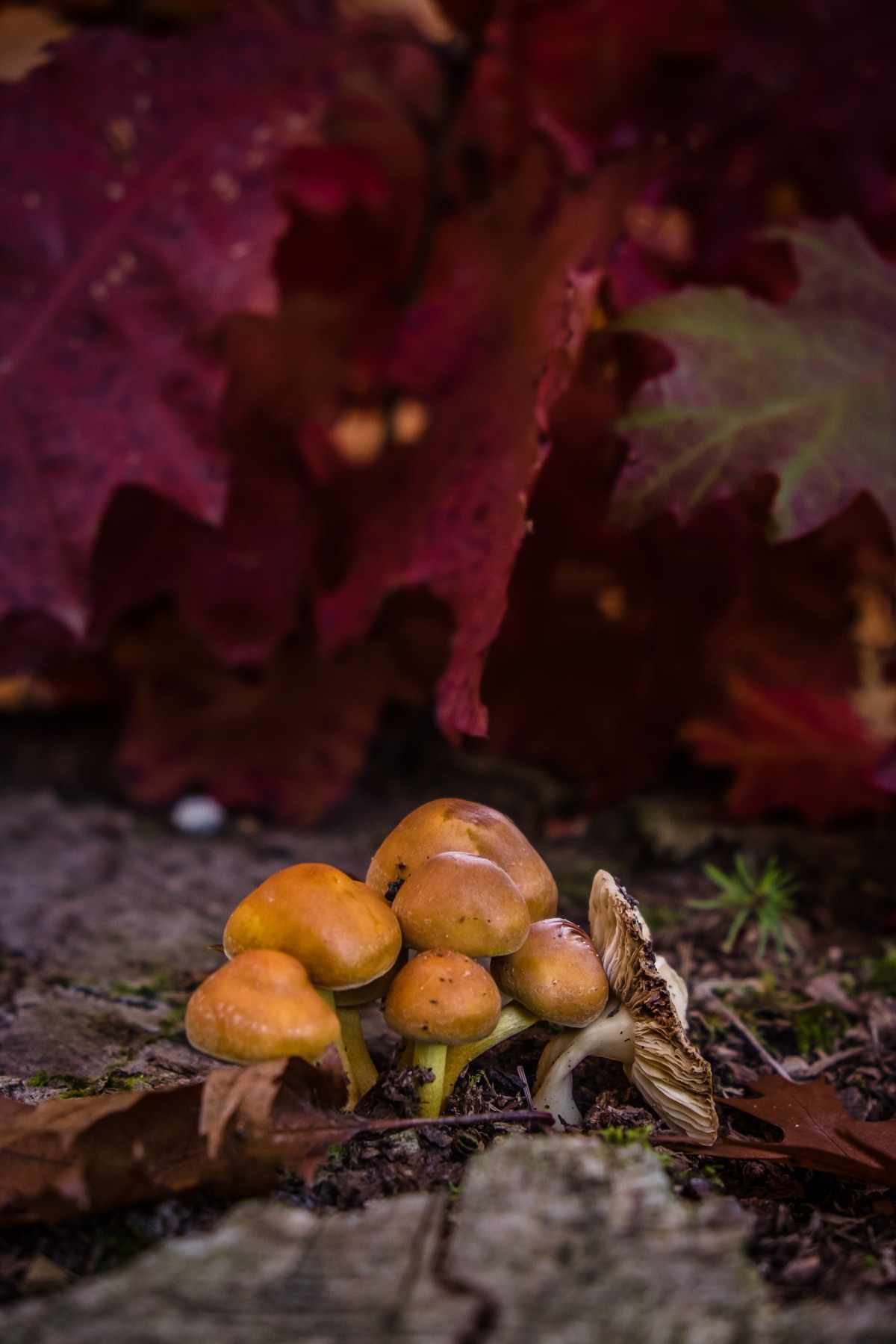 I found a woodland hut.. 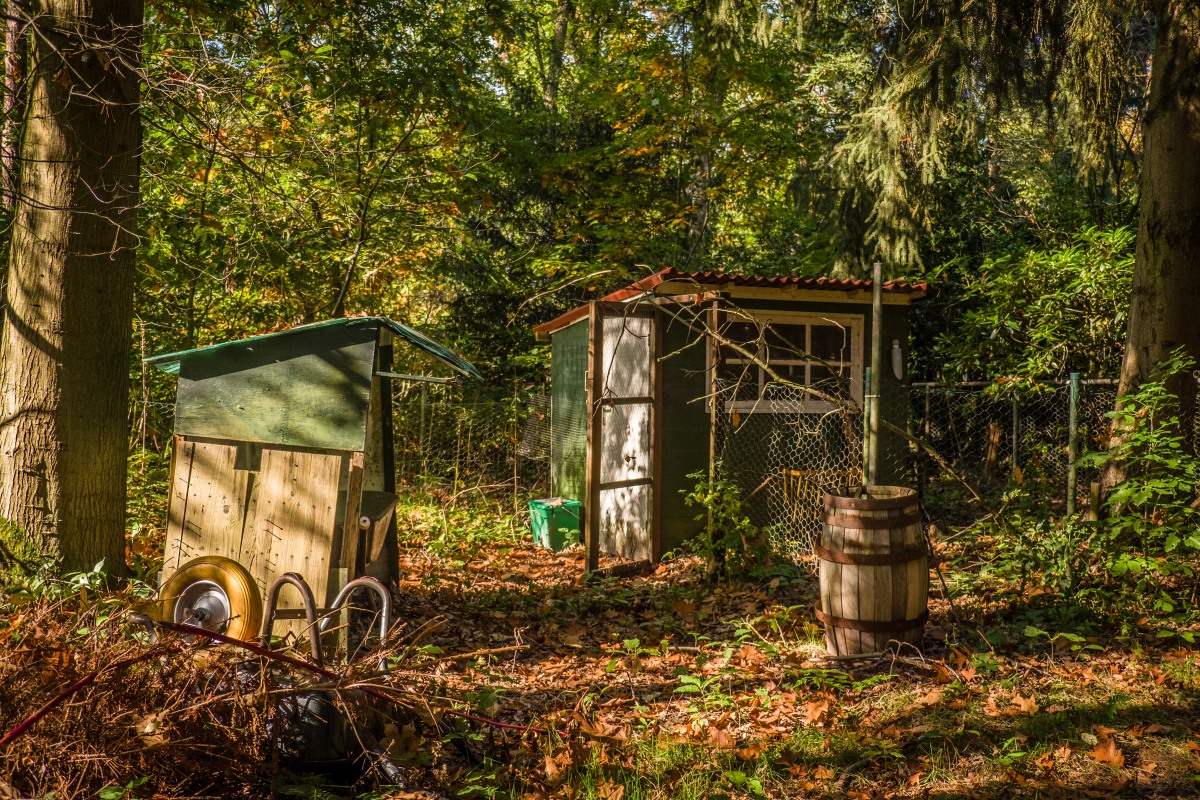 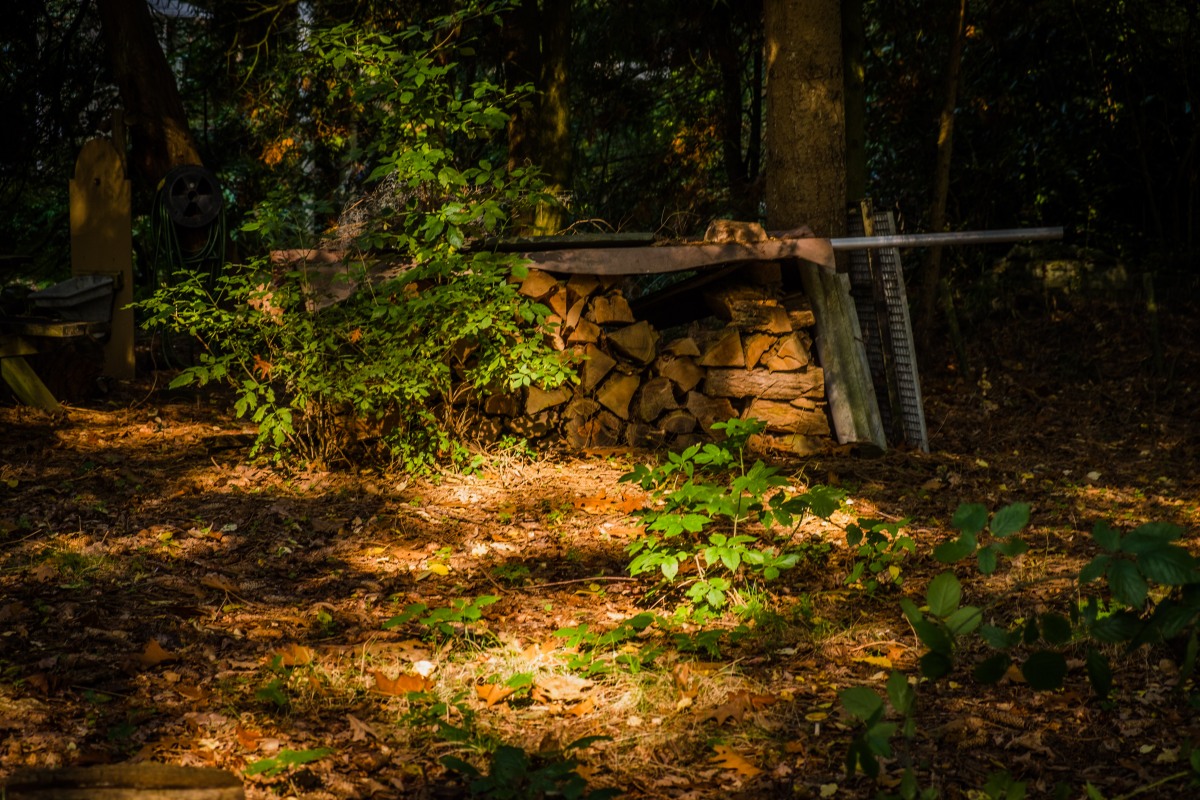 and a bench to sit on

the light through the leaves was lovely 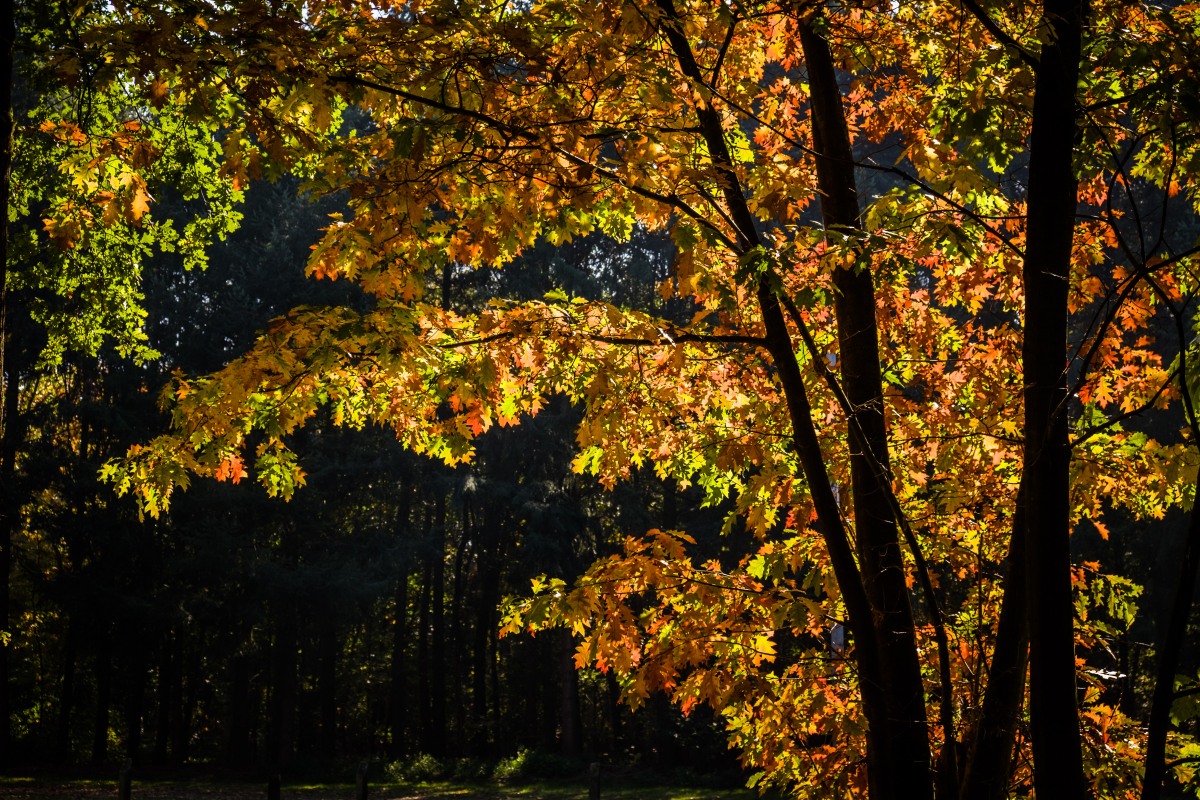 then I came across a different type of forest

Next time I’ll show some of the models, and the journey home, but that’s enough pretty pictures for this post. Back to work tomorrow, isn’t it horrid going back after a holiday?!

Last weekend we went off to Eindhoven in Holland for a scale model show, which Phil wanted to attend and put some of his models into the competition there. There’s no quick and easy way to get there from Newcastle, so we drove down to Folkestone and stayed overnight in our fave hotel, The Relish.

our room was on the right in the middle, and our view was..

We had a lovely Chinese meal at our fave restaurant 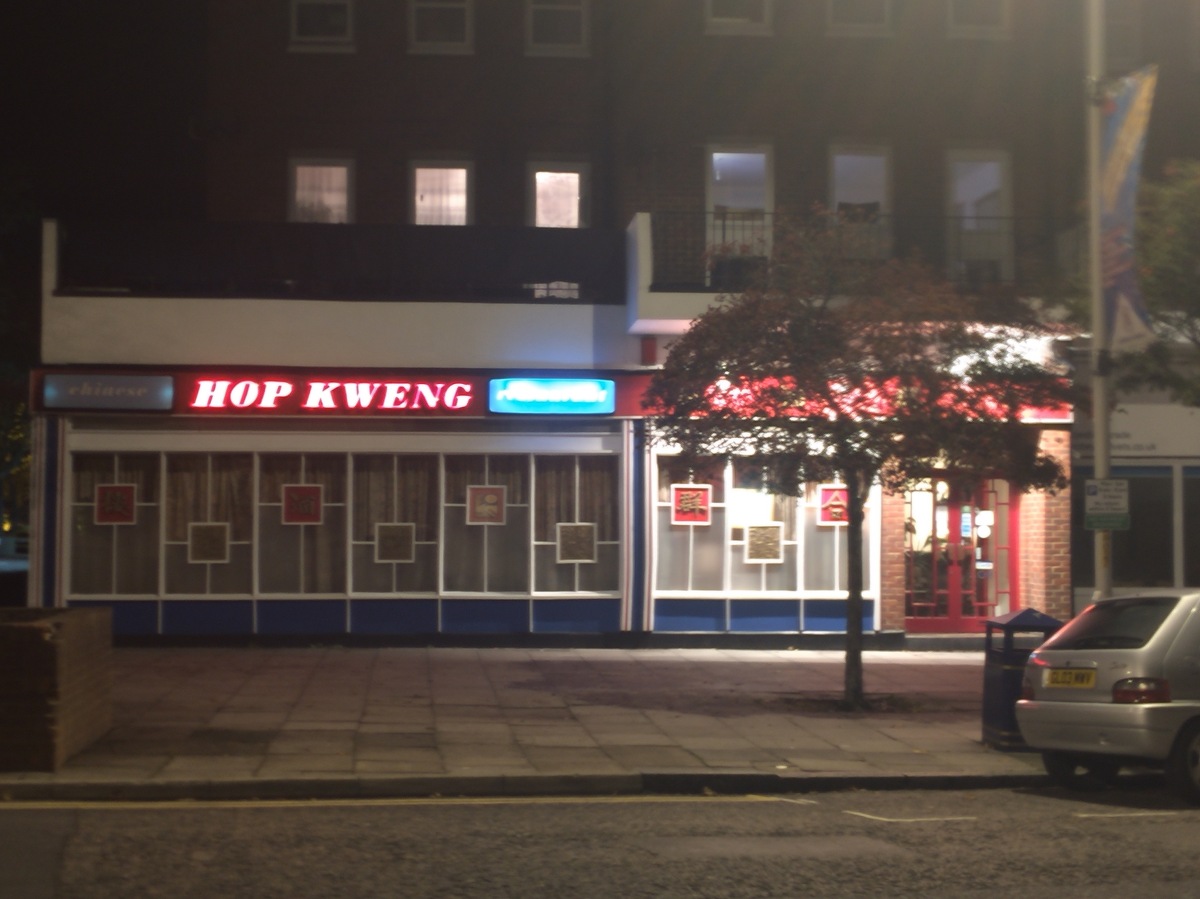 before setting off early in the morning to catch the ferry from Dover to Calais.

I didn’t take any photo’s on the journey through France & Belgium as I was doing the driving. The model show was at NH Koningshof conference centre, which was huge, and set in a lush forest next to a national park, which was a nice surprise for me and my camera!

They set up a cafeteria for the model show in the stage room.. 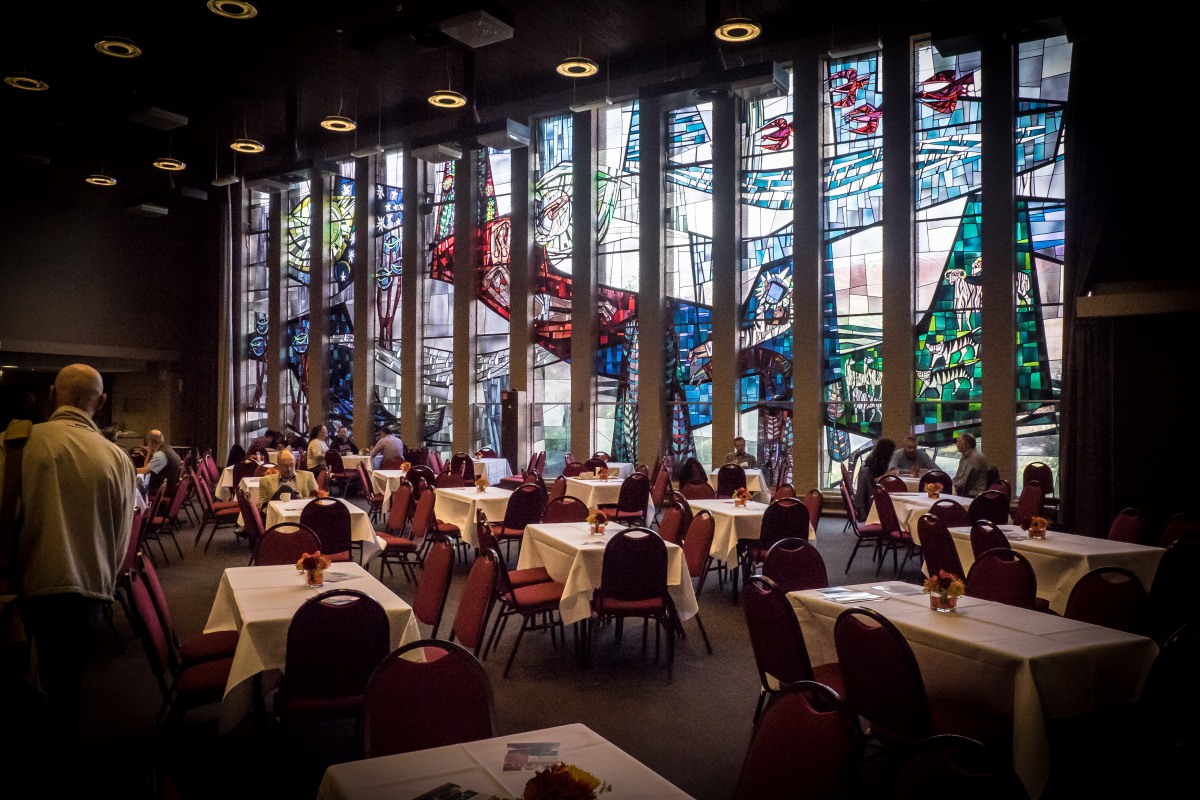 So a really nice venue in all.  We arrived on the Saturday evening for the show on Sunday, so I’ll post about that next time.