Sophie and I go to Wallington Hall quite often, the grounds are extensive and there’s always lots to point a camera at. I’ve done a few blog posts from there, in 2018 and 19, but missed 20 for obvious reasons.

You can click on the little arrow below to read the history bit if you are interested and it will expand for you. If you are a philistine however, you can just look at the pictures 🤣.

After morning rain it turned out to be a lovely Autumnal day, the sun was mostly out and the sky that wintery pallid blue that contrasts so nicely with the greens and oranges of the landscape. We didn’t bother with the hall this time, but instead headed for the lake and the glass house.

On the way we walked through woodlands and I got a couple more shots for my mushroom collection.

Always weird to see butterflies in October, this one was on it’s last days I think, missing an antenna thingy and looking a bit ragged

and still quite a few flowers about too, with stupid names.

So that will do for this time round, we’ll get to the lake and the glass house next time so stay tooned! 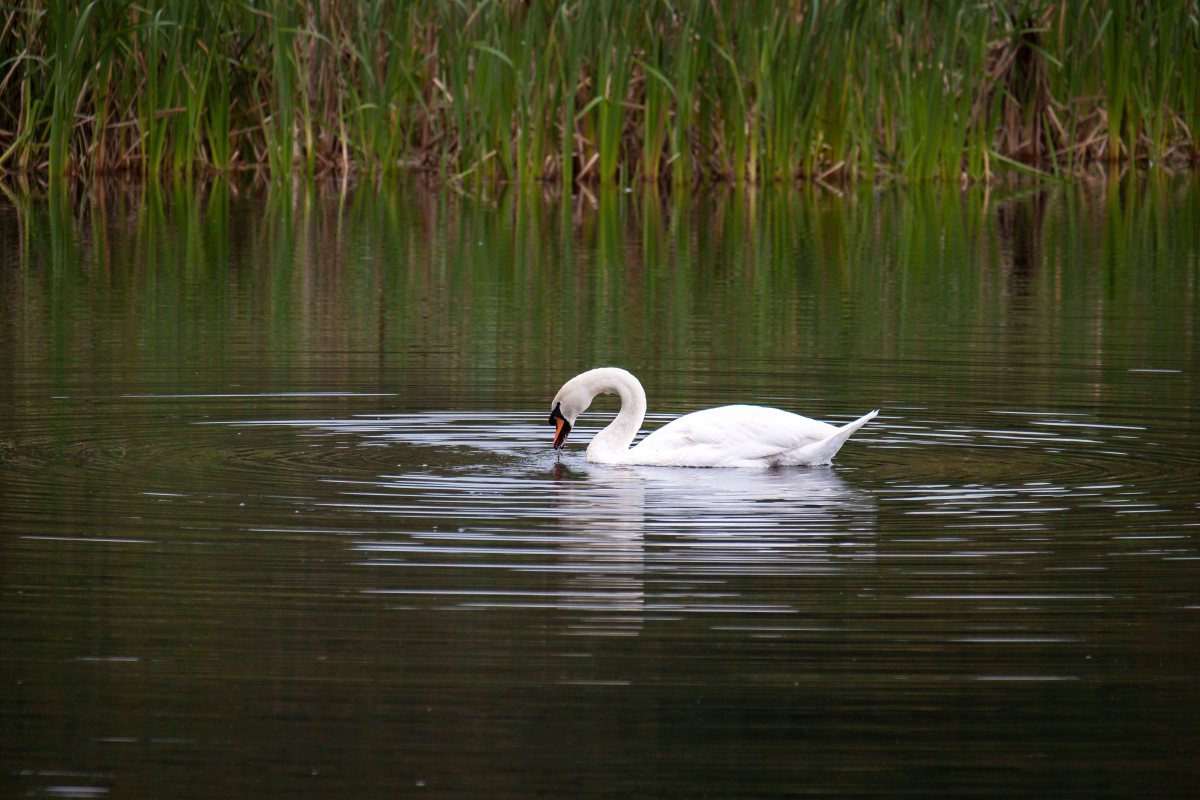 Sophie and I were making the best of Autumn and so the weekend after visiting Belsay, we went off to look for more Autumnal colour and to see the swans et al at Bolam Lake. We last visited 4 years ago in September 2017 – ah, the good old pre-plague days! Looking back at those photo’s there was more autumn colours in September 17 than there was in Oct 21 🤷‍♀️.

Bolam lake was constructed c.1817 for Lord Decies of Bolam. John Dobson was commissioned to lay out the grounds in 1816, including the 25-acre artificial lake and woodland. Northumberland County Council purchased the lake and some of the surrounding woodland in 1972 for use as a Country Park.

The weather was a bit pants, but the swans didn’t seem to care. Bolam has a herd of Mute Swans, though they are not entirely mute, as they’ll hiss or snort if feeling threatened. But they are quiet in comparison with other types of swans, and in spite of that are quite beligerent with the male swans highly territorial. They will threaten intruders, striking an aggressive pose with wings arched over their back, before charging at them to chase them off.

There are many collective nouns for a group of swans, they can be a bevy, a gaggle, a whiteness, or a wedge, but only when in flight. Herd is OK too which suits me fine.

Since the 12th century, the Queen has had the right to claim ownership to all unmarked mute swans in the country swimming in open waters, and there is a traditional swan upping ceremony, an annual ceremony that has taken place for hundreds of years and takes five days. It’s held every July on the river Thames at Caversham. In the ceremony, a flotilla of Thames rowing skiffs, manned by “Swan Uppers” make their way along the river led by The Queen’s Swan Marker, David Barber. The cygnets are marked as being either part of the Vintners or the Dyers livery companies. This is determined by their parentage. All Crown birds are left unmarked. Although it’s a tradition it also helps with conservation. Anyway, it only happens on the Thames and the rest of the country’s Mute swans can go about their business unaware that they are Royal swans, although they always look regal, so maybe they are.

There is more to see than swans though, so let’s move on. The ground was damp, and shady so we came across a few mushrooms and fungi, I love finding ones I haven’t seen before.

my last photo today is of a dear little dog, a collie I think, who was undergoing some training with her owner. I hope it’s a girl dog!

That’s it for this week. As you read this I’ll be driving 250 miles down south, takes about 5 hours, to visit with my son and grandson, so will be late answering comments today.

Stay tooned for next time, there’s more to see at the lake 🙂 .