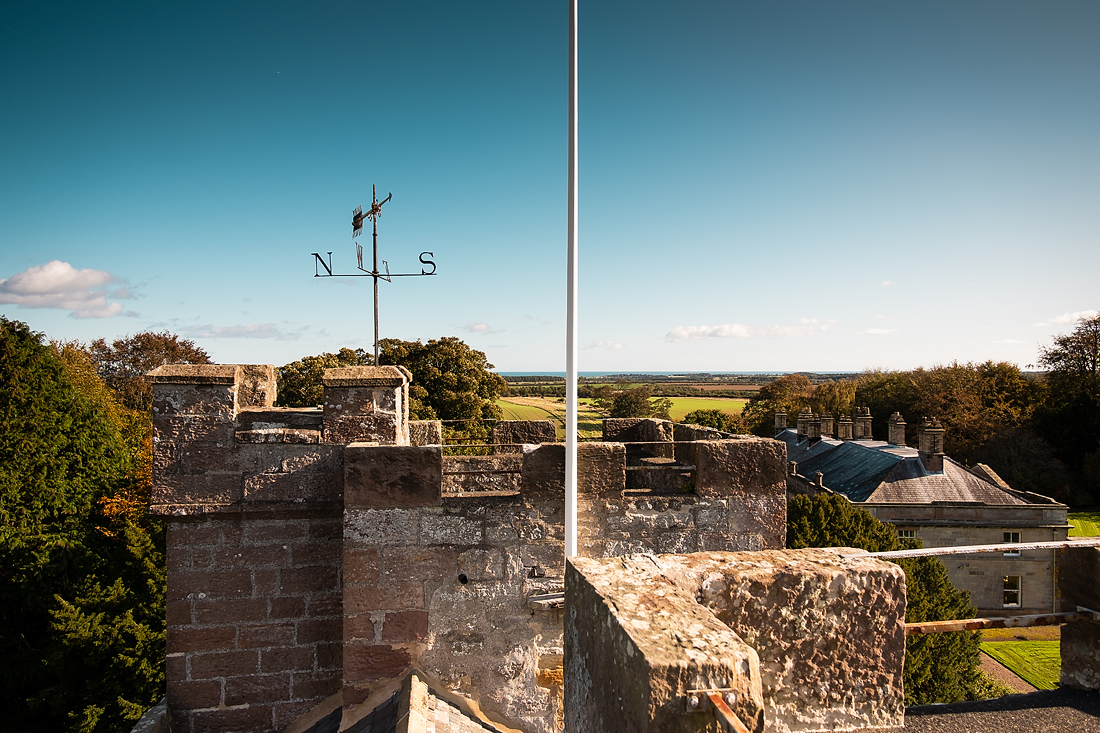 Built in 1392, Preston Tower was built in a time of warfare between England and Scotland. By the time of Agincourt in 1415, it was one of 78 Pele Towers and Tower Houses in the county. One of its owners, Sir Guiscard Harbottle was killed in hand to hand combat with King James IV at the battle of Flodden in 1513.

The Battle of Flodden, Flodden Field, or occasionally Branxton (Brainston Moor) was a battle fought on 9 September 1513 during the War of the League of Cambrai between the Kingdom of England and the Kingdom of Scotland, resulting in an English victory. The battle was fought in Branxton in the county of Northumberland in northern England, between an invading Scots army under King James IV, who had taken advantage of the fact that Henry VIII was on a jolly in France, and an English army commanded by the Earl of Surrey. In terms of troop numbers, it was the largest battle fought between the two kingdoms. James IV was killed in the battle, becoming the last monarch from the British Isles to die in battle.

Although the rest of England enjoyed peace and prosperity in the 16th century, the border lands between the two countries were constantly under attack by raiders known as Reivers. So instead of comfortable Tudor manor houses, the seats of the Border families still had to have 7 foot thick walls and tunnel-vaulted rooms to defend their people and livestock. The main entrance was usually on the first floor in order to make it harder for the pesky Scots to break down the door. Eventually in 1603 the Union of Scotland and England came about under James I, and peace finally came to the Borders.

At this time half the tower was pulled down and the stone used for farm buildings on the estate, but the present Tower is the original structure. Now owned by GJ Baker Cresswell, the property is uninhabited but furnished as might have been in the 14th century. A later addition is a clock with two faces & an hourly strike audible from afar, with mechanism on view.

So on with the pictures! It was a lovely autmn day, with a crisp blue sky when we visited.

As you enter, the guard room and prison is on the left

Going up to the next floor, you can see the thickness of the stone walls

One of the windows on the 2nd floor, they don’t let arrows in!

On the second floor there is the Flodden room, which is just an empty room with interesting extracts from border history fastened to the walls. For any medieval geeks reading this I’ll leave a link to the full album at the end of the posts so you can see them.

One can go up to the top of the tower, which is 200ft above sea level and there are magnificent views over the countryside.

Compass to show what you can see from the roof top.

So that’s the Tower, but stay tooned as next time we’ll have a look at the house and grounds.