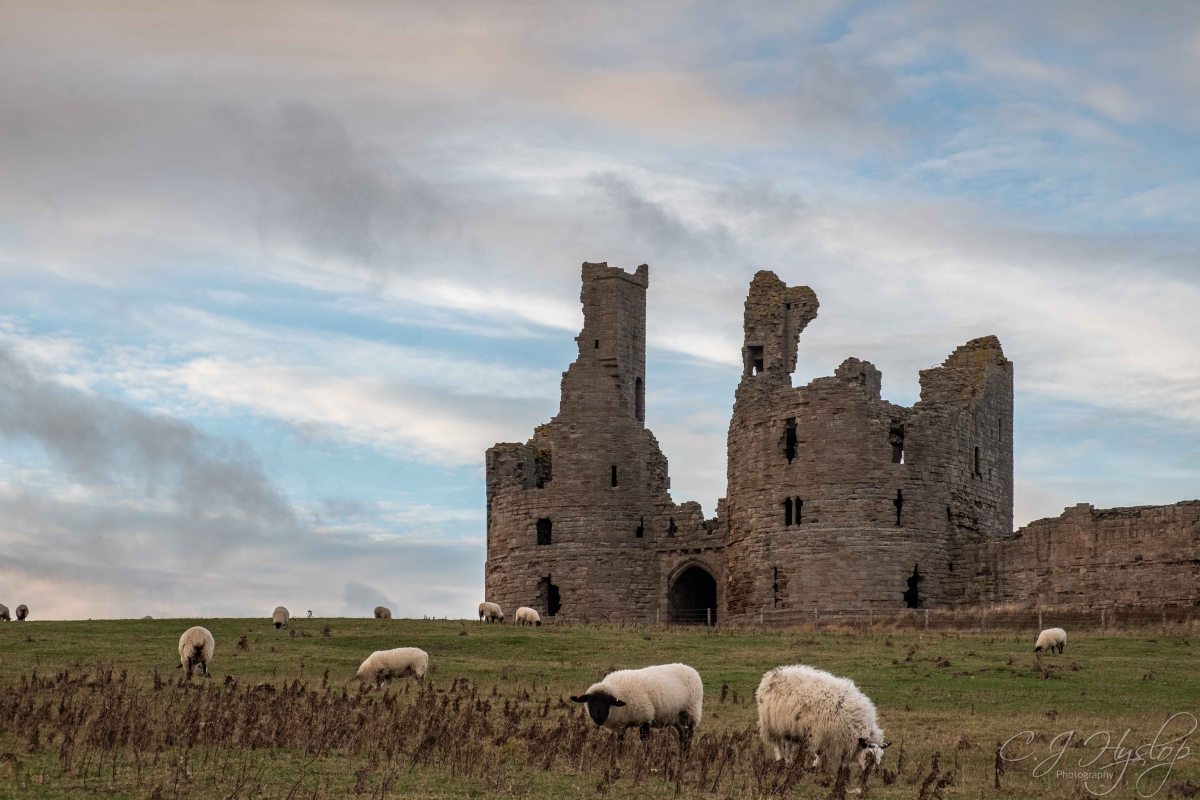 After our morning in Newbiggin Sophie and I went up to visit Craster, and on the way stopped off in Rock at a cafe Sophie found on Trip Advisor.

The owner there was lovely and had a good chat with us.  He had 2 gorgeous sheepdogs, and the cafe is dog-friendly with an area outside for dogs to run around in.  Good food too.

Then we drove on to Craster which is famous for its kippers.

We walked up to see the castle, the sea was being quite dramatic.

The sky was lovely

The castle was built between 1313 and 1322 by Thomas the Earl of Lancaster.  Thomas was an immensely powerful English baron, the second richest man in England after the King, his cousin, Edward II, with major land holdings across the kingdom.   Edward was not the greatest King we ever had and was having a bit of a fling with his friend-with-benefits Piers Gaveston.  Thomas and other earls did not like Piers’ influence on the King so led an army against Edward and Piers. The king escaped by sea, but the earls captured Gaveston at Scarborough. During his journey to London under arrest, they summarily executed him in Warwickshire, on Lancaster’s land. The King was pretty peed off about that, but he pardoned everyone involved.  It was then that Thomas decided to build the Castle,  and it is currently believed that Thomas probably intended to create a secure retreat, a safe distance away from Edward’s forces in the south. In the years following Gaveston’s death, civil conflict in England rarely seemed far away, and Thomas probably hoped to erect a prominent status symbol, illustrating his wealth and authority, and challenging that of the King. The resulting castle was huge, protected on one side by the sea cliffs, with a stone curtain wall, a massive gatehouse and six towers around the outside. Unfortunately for Thomas, life went tits up.  The only time he even saw his castle was on the way to the siege of Berwick.  Also by 1321, Edward had new favourites the Dispensers, father and son and both named Hugh.  He especially liked the son though. The Dispensers were absolutely ruthless & horrid chaps, so Thomas and the other noblemen yet again went into battle, but this time their campaign failed, and though they tried to make it to Dunstanburgh a royalist army intercepted and defeated them at Boroughbridge, Yorkshire, on 16 March 1322, and captured Thomas. After a humiliating trial, Lancaster was beheaded at his own castle at Pontefract. The king took Dunstanburgh Castle into his own hands, garrisoning it with 40 foot soldiers and 40 hobelars (lightly armed cavalry).

So poor old Thomas! The castle’s history doesn’t end there (obviously as it’s still standing 🙄 ) but I’ll cover the rest when I return for a second visit.

We didn’t go in as the sun was sinking by the time we got there and we wanted to get back before it was dark, but a return trip is planned. and we were treated to a nice sky on the way back. Walking back to Craster The fishermen at the harbour were packing up to go home Stay tooned we’re off to see the art galleries in Newcastle next time.

Also pop over say hi to me on my OTHER BLOG where I’m making pretty in Black & White. 🙂 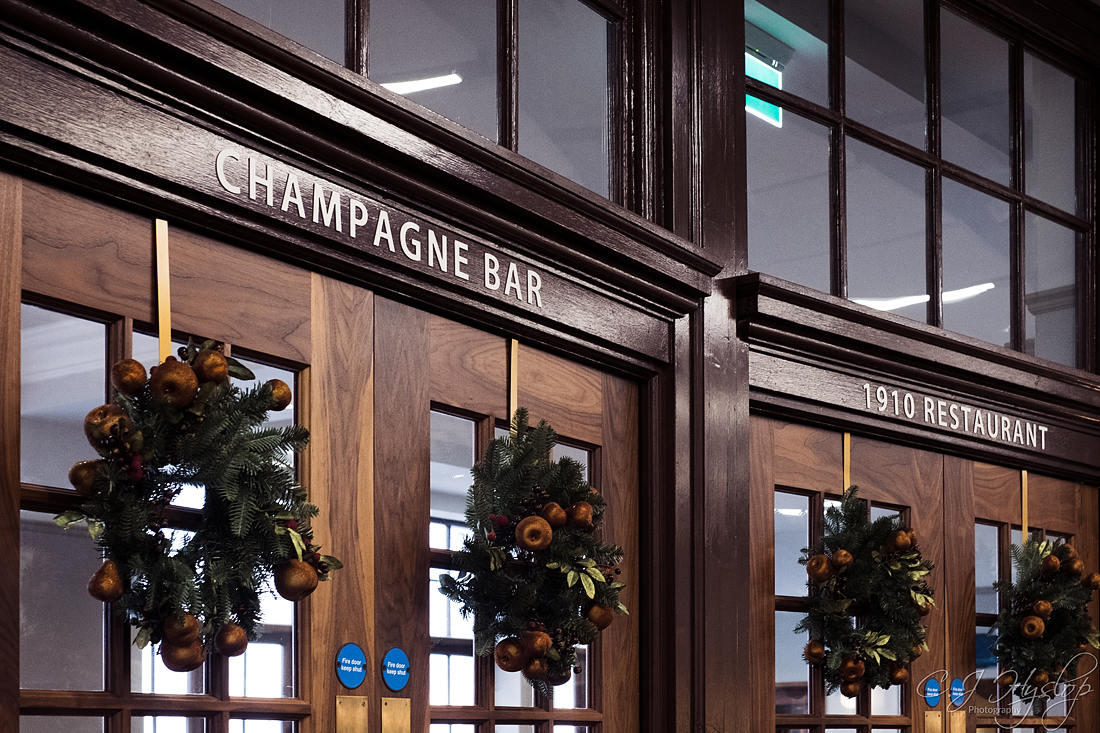 After Sophie and I visited Tynemouth Market, we went for a wander to Whitley bay, to see the renovated Spanish City.

It opened in 1910 as a concert hall, restaurant, roof garden and tearoom and was a smaller version of Blackpool’s Pleasure Beach. A ballroom was added in 1920 and later on a permanent funfair. It had a Renaissance-style frontage and became known for its distinctive dome, now a Grade II listed building.
There were shops and cafes inside, a roof garden, and the Empress Theatre, with seating for 1,400 on the floor and 400 on the balcony. The Empress Ballroom was added in 1920, and the Rotunda in 1921. In 1979 the Rotunda was converted into the Starlight Rooms for live entertainment. Dire Straits, Sting, and Christopher Cross a few of the notable performers.

In June 2011 ADP Architects won a commission to regenerate the Spanish City with a plan that included a 50-bed, four-star boutique hotel, 20 apartments, a 1950s diner and a pleasure garden. The completion date was announced as 2014, but work was halted in 2013 because of a lack of funds. The project received a grant of £3.7m from theHeritage Lottery Fund in November 2013. The building re-opened in July 2018.

The front of the building actually looks out over the sea, and we went outside to photograph the seafront, but it was bliddy cold and windy so didn’t stay long! 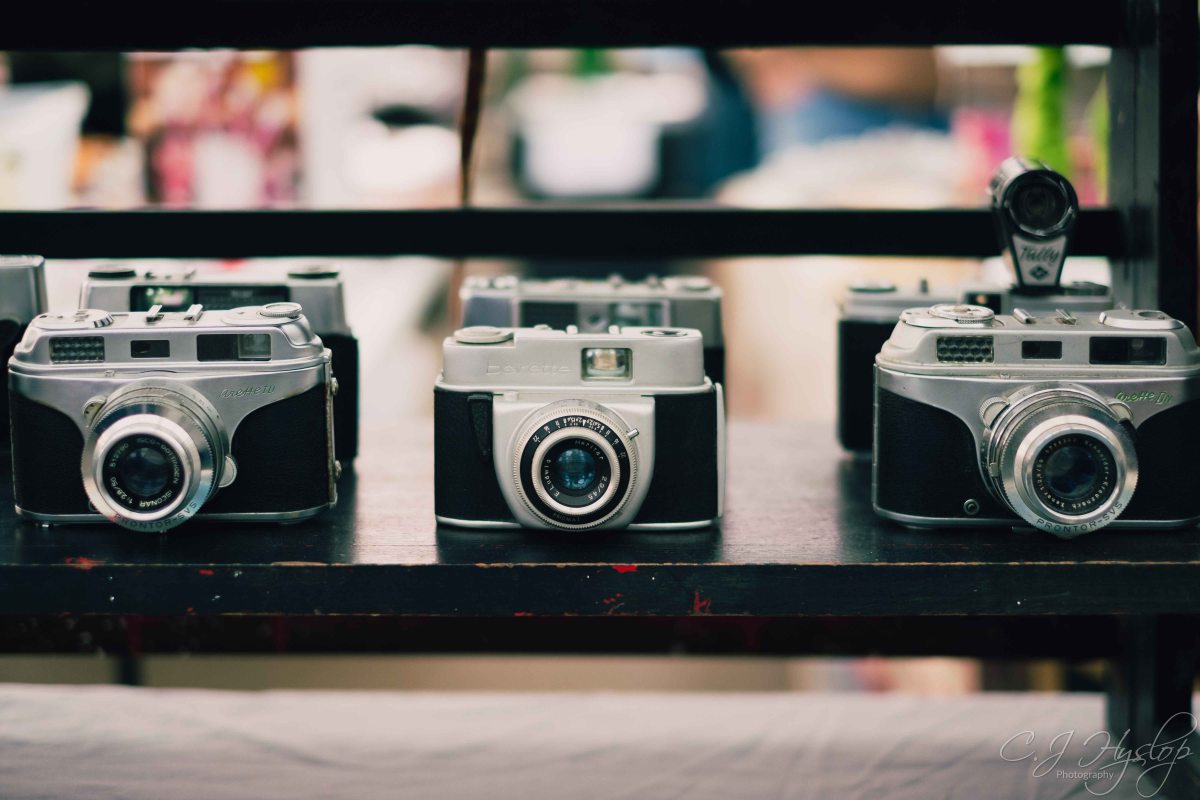 Now and then due to busyness or bad weather, Sophie and I go to Tynemouth Market for a shorter excursion as it’s only 20 minutes away and there’s always stuff to photograph, and shop for!  The market is held at Tynemouth Metro Station, a Grade II listed building, and is on every Saturday and Sunday.

Things you could buy there.. There are always lots of doggies

We had our lunch there.. and then went to have a quick look at the newly opened Spanish City, which I’ll do next time, so stay tooned! 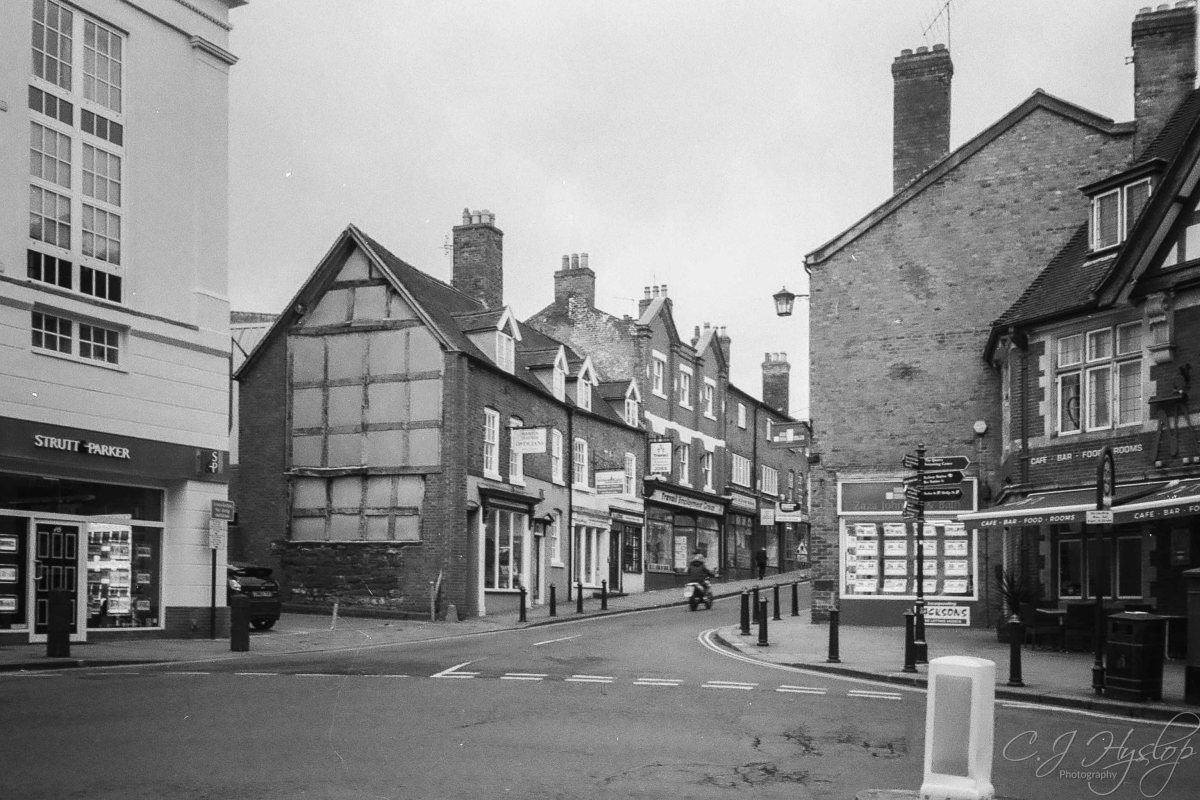 My final post on Shrewsbury is on my film blog, Tudor buildings lend themselves nicely to B&W film I think.