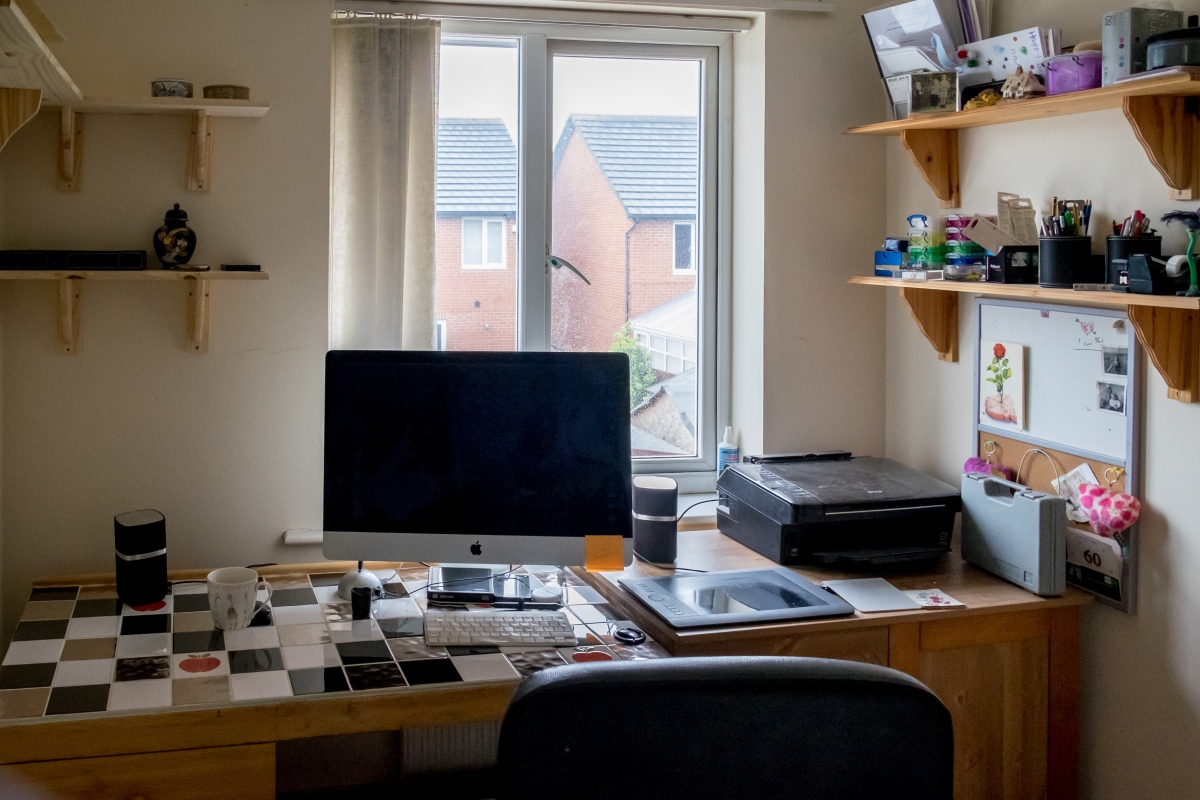 Usually I do a Thursday thoughts post over on ‘the other place’ blog, but today is a special day as my new playroom is finished, and so is the shed.  I inherited Phil’s old desk upon which he has built several model tanks, and consequently looked like Picasso had spilled his paints, so I decided as I was getting back into mosaics, that I would tile the top to hide the mess. Never done big tiling before, and it’s similar but not the same as doing mosaics.  Have to say I loved the process, and I am quite chuffed with the result.

My new room is lovely now 🙂 But mostly I am happy as Larry because today the new electrician came, as promised, and wired up my shed.  Last year my hubby asked me what I wanted for a birthday present, and was taken aback a bit when I said “a shed please”.  To be honest I wasn’t expecting to get one, but my hubby is awesome and said OK, and for that I made a deal that if I had a shed, then we would swap rooms, so he could have a bigger modelling space.  The shed was delayed in arriving, so by the time it arrived the bad weather had set in and any work to insulate it and make it usable had to wait for spring this year. So in March Phil began.  He’d never done anything like it before, so Youtube tutorials were put into play, cock ups were made and redressed, problems appeared and were solved.  What I hadn’t expected is that the windows of the shed didn’t open, and when we asked the people who made it if they could sort that, they said not without damaging the framework of the shed.  But my hubby is nothing if not innovative and resourceful and he hatched a plan which worked a treat, so I have windows I can open.

So without further ado, here is the story of The Shed…