Bridges Over the River Tyne~part 2

After crossing to the Gateshead side of the Tyne Bridge we walked down to get on to the High Level Bridge, along the way stopping to take some photo’s of ‘the sights’ 🙂

The Central is a four-storey, wedge-shaped, mid-Victorian building, designed in 1856 by local architect M Thompson. It was built as commercial premises for Alderman Potts, a wine merchant; it became a hotel around 1890 then was refitted in the early 1900s. Various alterations were made to the pub in the 1950s and again in the 1980s, mostly of an unsympathetic and almost crude nature, but since the Hexham-based Head of Steam group took it over in October 2009 it has been slowly and carefully restored, replaced and refitted many of the original features in the Grade II-listed structure. I’ll have to pop in for a glass of something some day!

one of it’s windows

The High Level Bridge is a road and railway bridge spanning the River Tyne between Newcastle upon Tyne and Gateshead in North East England. It is considered the most notable historical engineering work in the city. It was built by the Hawks family from 5050 tons of iron. George Hawks, Mayor of Gateshead, drove in the last key of the structure on 7 June 1849 and the bridge was opened by Queen Victoria later that year.It was designed by Robert Stephenson to form a rail link towards Scotland for the developing English railway network; a carriageway for road vehicles and pedestrians was incorporated to generate additional revenue. The main structural elements are tied cast iron arches.Notwithstanding the considerable increase in the weight of railway vehicles since it was designed, it continues to carry rail traffic, although the King Edward bridge nearby was opened in 1906 to ease congestion. The roadway is also still in use, although with a weight restriction. It is a grade I listed structure.

nearly at the Newcastle side of the bridge

Then it was lunchtime and on to the Swing Bridge, that’s for next time, 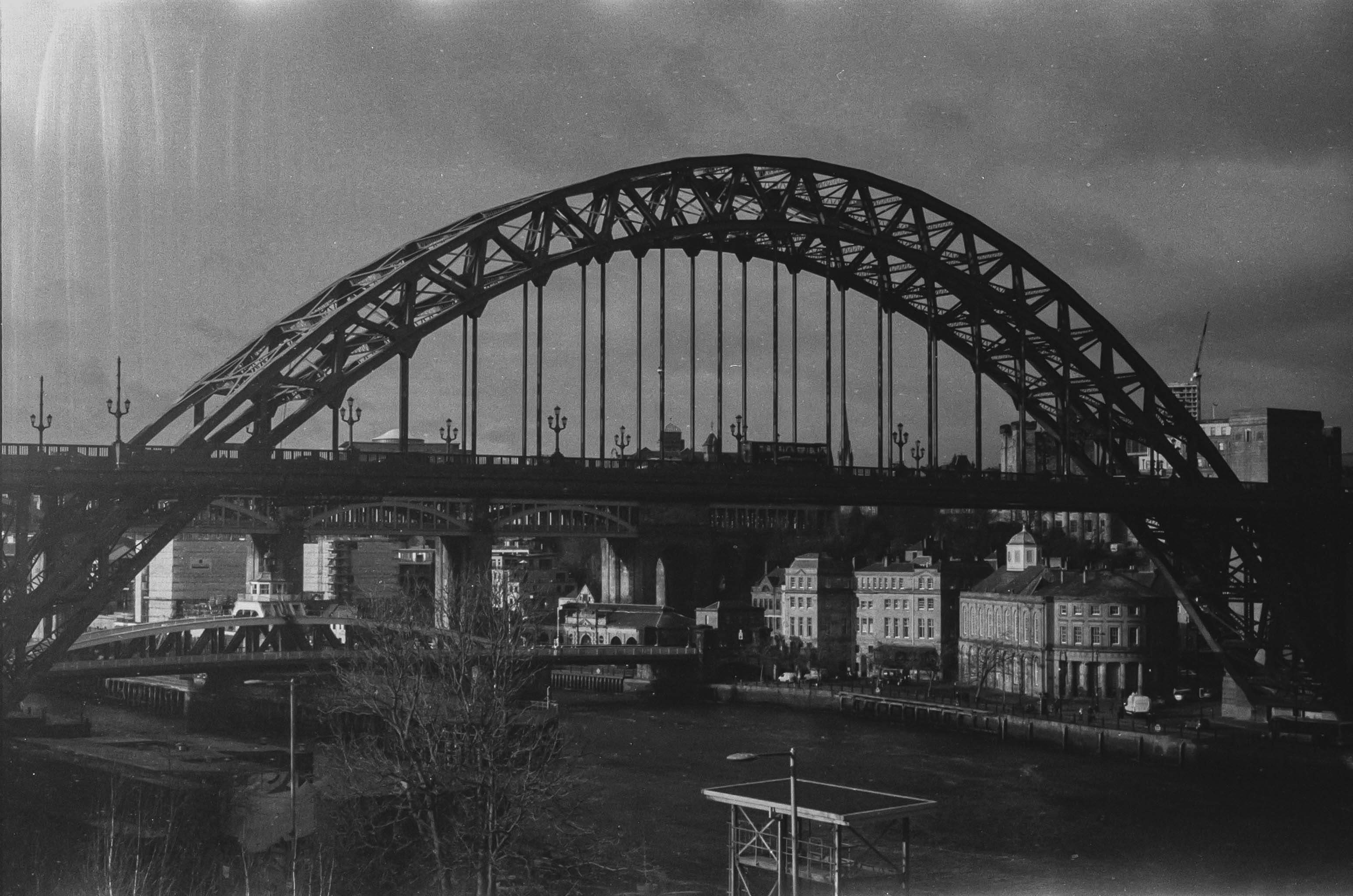