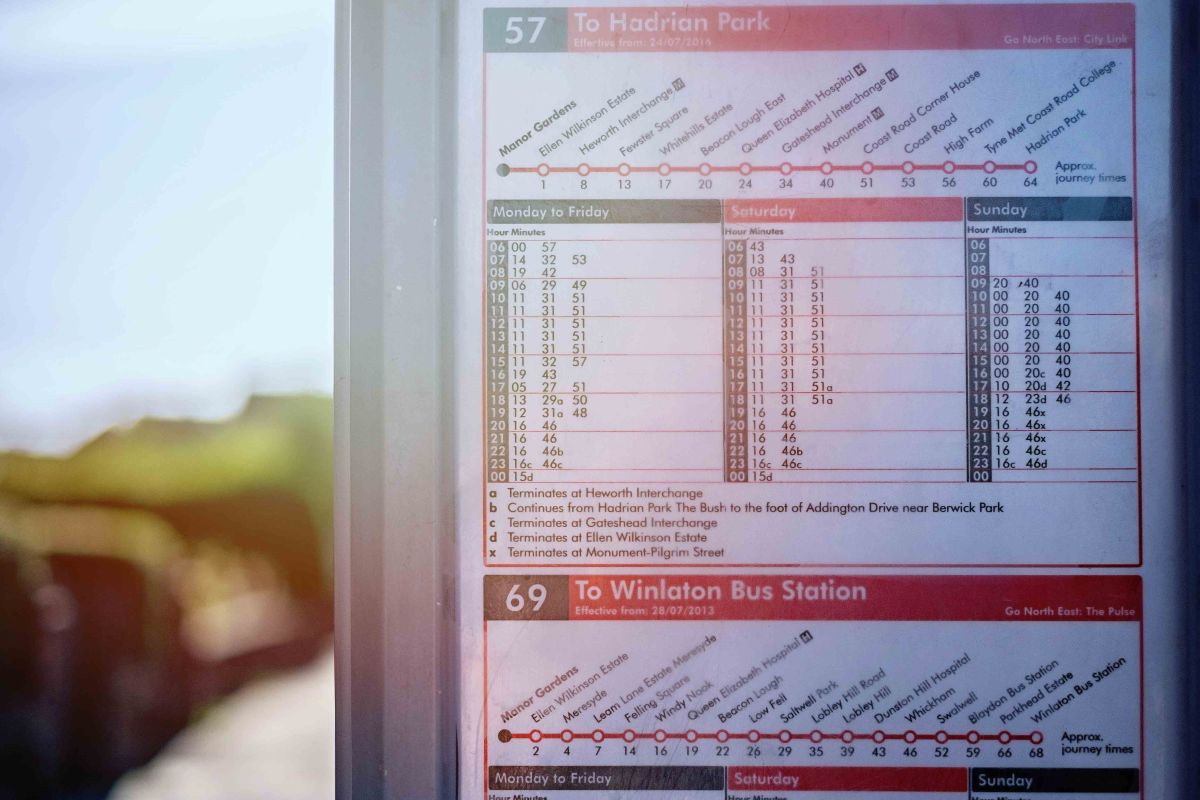 Many public bus services are run to a specific timetable giving specific times of departure and arrival at waypoints along the route. These are often difficult to maintain in the event of traffic congestion, breakdowns, on/off bus incidents, road blockages or bad weather. Predictable effects such as morning and evening rush hour traffic are often accounted for in timetables using past experience of the effects, although this then prevents the opportunity for drafting a ‘clock face’ timetable where the time of a bus is predictable at any time through the day. Predictable short term increases in passenger numbers may be dealt with by providing “duplicate” buses, where two or more buses operate the same slot in the timetable. Unpredictable problems resulting in delays and gaps in the timetabled service may be dealt with by ‘turning’ a bus early before it reaches it terminus, so that it can fill a gap in the opposite direction, meaning any passengers on the turned bus need to disembark and continue on a following bus. Also, depending on the location of the bus depot, replacement buses may be dispatched from the depot to fill in other gaps, starting the timetable part way along the route.
There is a common cliché that people “wait all day, and then three come along at once”, in relation to a phenomenon where evenly timetabled bus services can develop a gap in service followed by buses turning up almost simultaneously. This occurs when the rush hour begins and numbers of passengers at a stop increases, increasing the loading time, and thus delay scheduled service. The following bus then catches up because it begins to be delayed less at stops due to fewer passengers waiting. This is called bus bunching. This is prevented in some cities such as Berlin by assigning every stop arrival times where scheduled buses should arrive no earlier than specified.
Some services may have no specific departure times, the timetable giving the frequency of service on a route at particular phases of the day. This may be specified with departure times, but the over-riding factor is ensuring the regularity of buses arriving at stops. These are often the more frequent services, up to the busiest bus rapid transit schemes. For headway-based schemes, problems can be managed by changing speed, delaying at stops and leap-frogging a bus boarding at a stop.
Services may be strictly regulated in terms of level of adherence to timetables, and how often timetables may be changed. Operators and authorities may employ on street bus inspectors to monitor adherence in real time. Service operators often have a control room, or in the case of large operations, route controllers, who can monitor the level of service on routes and can take remedial action if problems occur. This was made easier with the technological advances of two way radio contact with drivers, and vehicle tracking systems.