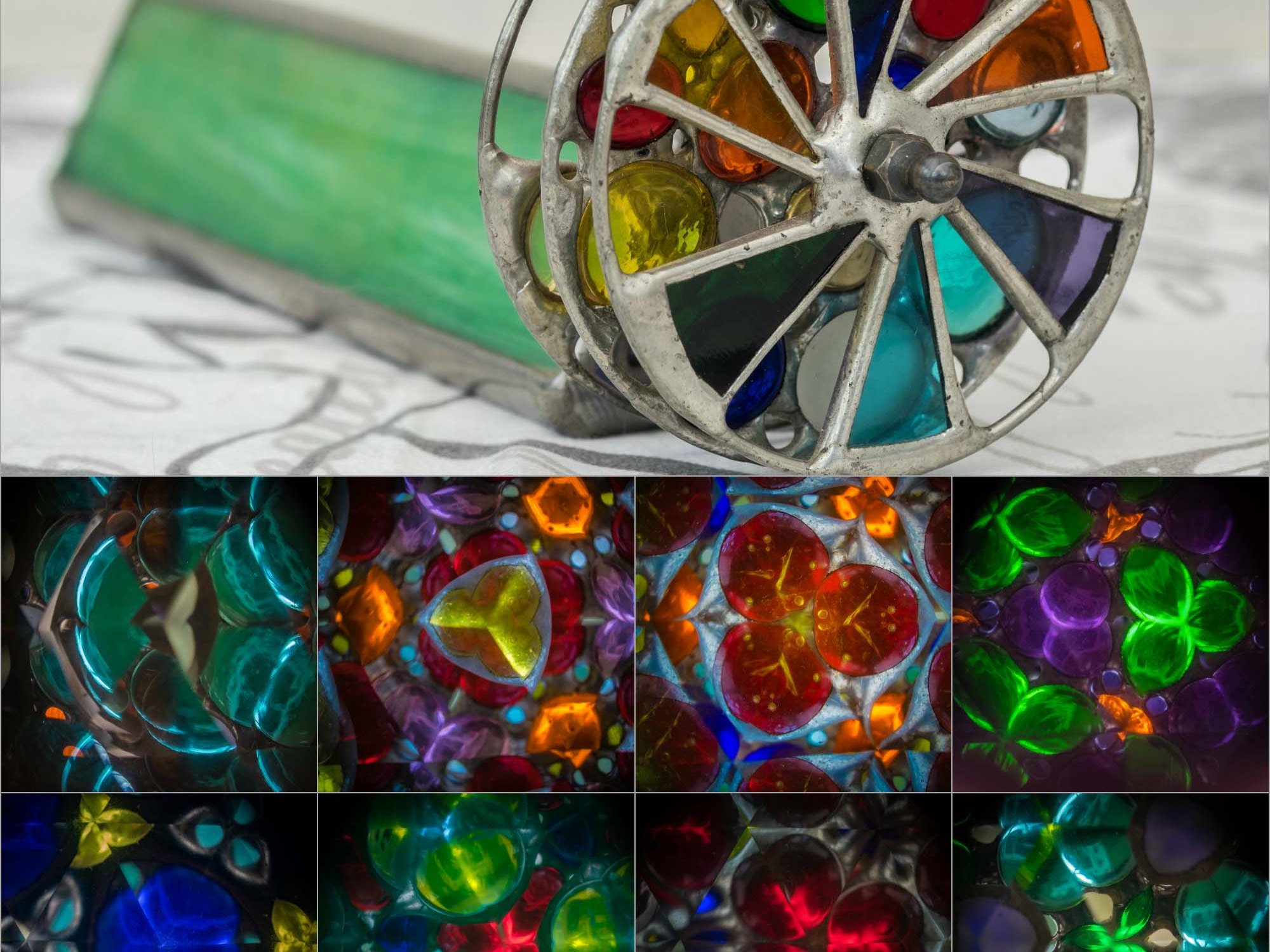 A kaleidoscope is an optical instrument in which bits of glass, held loosely at the end of a rotating tube, are shown in continually changing symmetrical forms by reflection in two or more mirrors set at angles to each other. A kaleidoscope operates on the principle of multiple reflection, where several mirrors are placed at an angle to one another. Typically there are three rectangular mirrors set at 60° to each other so that they form an equilateral triangle, but other angles and configurations are possible. The 60° angle generates an infinite regular grid of duplicate images of the original, with each image having six possible angles and being a mirror image or an unreversed image.

As the tube is rotated, the tumbling of the coloured objects presents varying colours and patterns. Arbitrary patterns show up as a beautiful symmetrical pattern created by the reflections.

Not easy to photograph through the tiny triangle, and these don’t really do justice to what the eye can see. 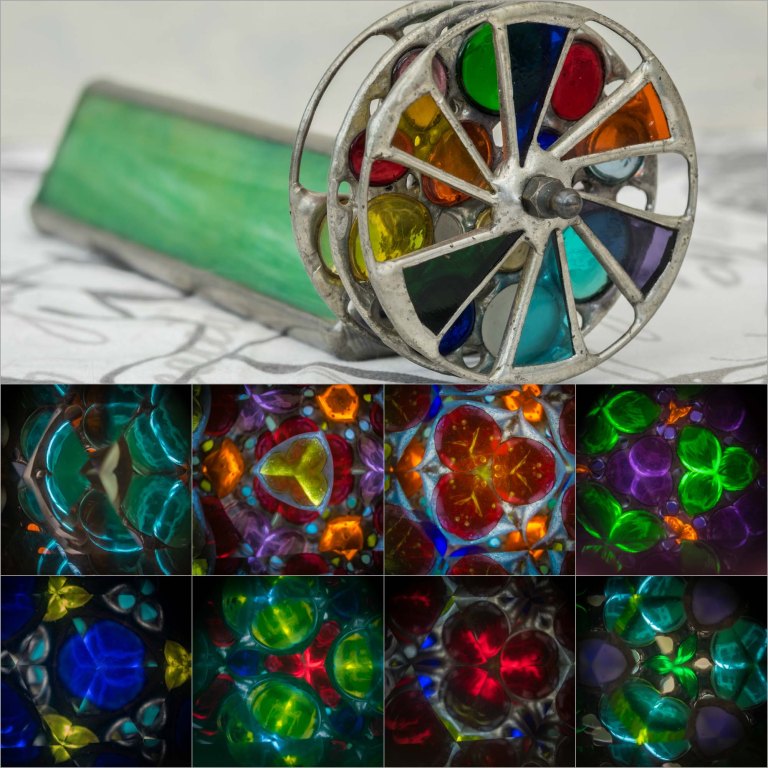