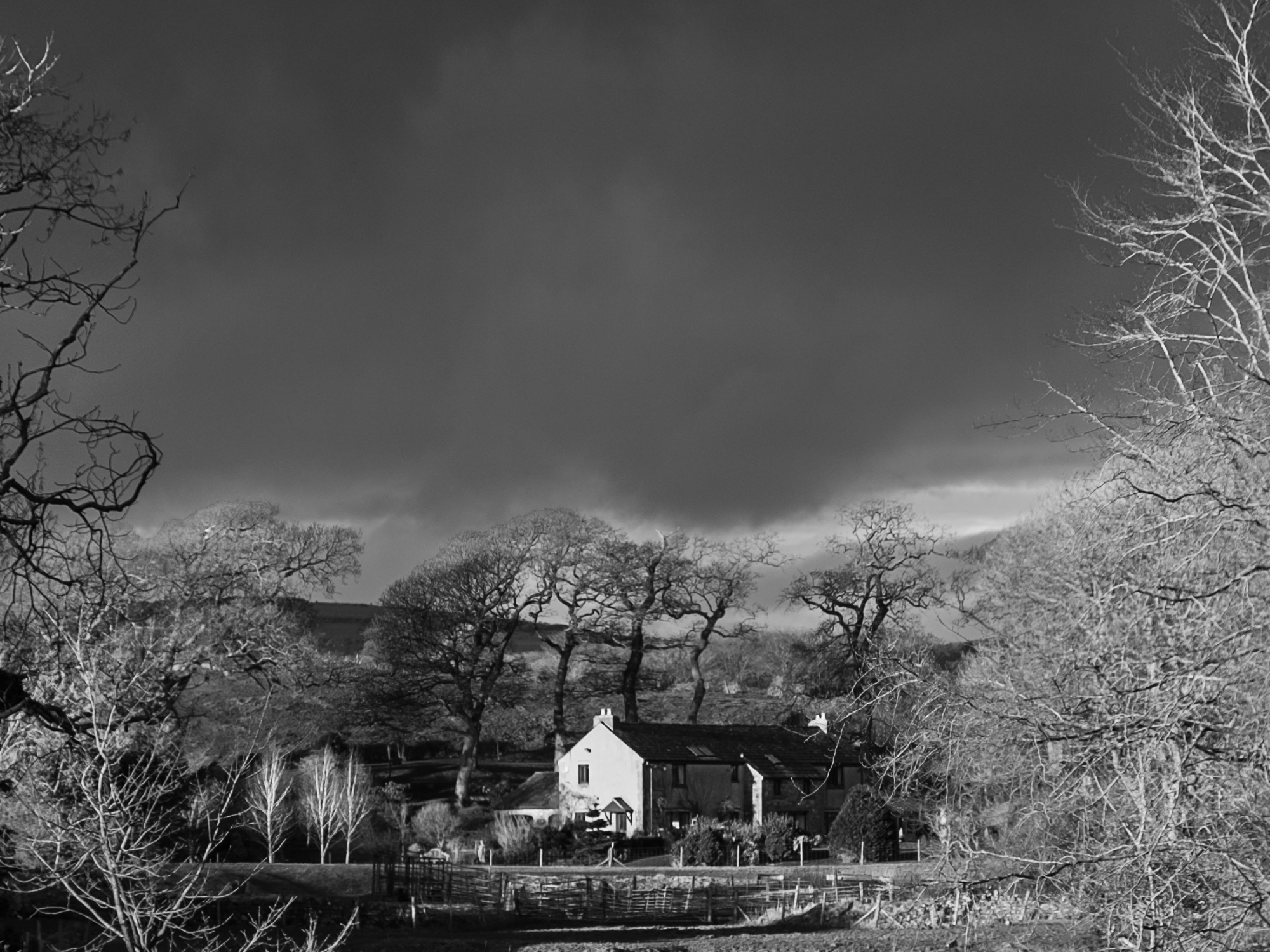 I got home really late from work yesterday, as I had my last appointment at 4pm in Seascale, which is on the west coast of Cumbria, and a 3 hour drive home for me. Then had dinner, did more work bits, and was too knackered to do a post. But I did take a couple of pictures on my travels westward.  Hard to choose between the house and the horse for the daily shot, think the house is slightly better composition so I’ll go with that one.

This first shot was taken in the morning on my way over to Brampton, and the sun was still low in the sky, I pulled over when I saw the horse in the field with the houses behind all sunlit and shady. Ideally I’d like the horse to the right a bit, but the interesting houses wouldn’t have been in the shot.

I had 3 clients to visit in Workington, also on the coast further up from Seascale, and when I went to the last lady, I saw some interesting tower tops behind a row of houses, so after I finished I drove up the road to find out what it was.

I googled it and it’s an old mine pit called the Jane Pit, which according to visitcumbria.com

” is a 19th century coal mine built by Henry Curwen, lord of the manor in Workington. It contains the best surviving example of the ornate castellated style of colliery architecture that was a feature of the large landowner involvement in the Cumbrian coal industry during the nineteenth century. The site is a scheduled ancient monument. Jane Pit operated until the mid-1870s. The mine closed in 1875 when pumping was discontinued after the sea broke into the mine entombing 100 miners”. Poor sods.

Lastly, and my picture of the day. I couldn’t find the clients house when I got to Seascape, so parked up and tried to phone him for directions, of course it was engaged, so ended up having my appointment manager in Manchester getting on google earth to find it and direct me to it! The wonders of modern technology. While I was waiting I noticed the sun lighting up this little cottage in the trees under a moody sky, so took a shot. Now to start on todays pictures 🙂