The Newcastle Upon Tyne report~part 1

The last time I posted pictures of Newcastle a while back in March, Phil & I had gone there and I took lots of pictures of the beautiful architecture and you can see those on the CLICK. When Sophie & I went in to go to the cat cafe, we were in a different part of town and I had fun taking pictures of the grittier side of town.

Firstly in Granger Town we came across the Man with Potential Selves, bronze sculptures by Sean Henry done in 2003. The piece comprises three views of the same man. One stands, one
walks and one apparently floats, horizontally, above the ground. Each figure is 2.5m tall. 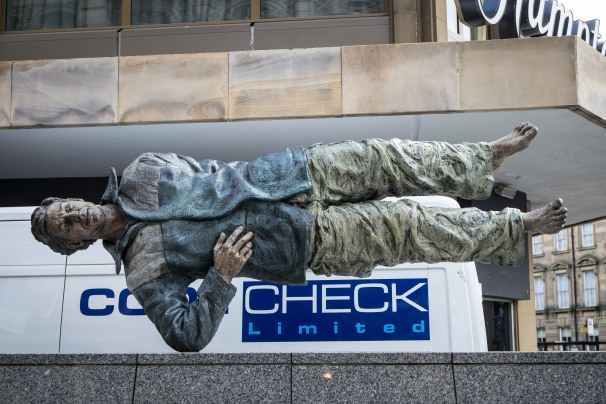 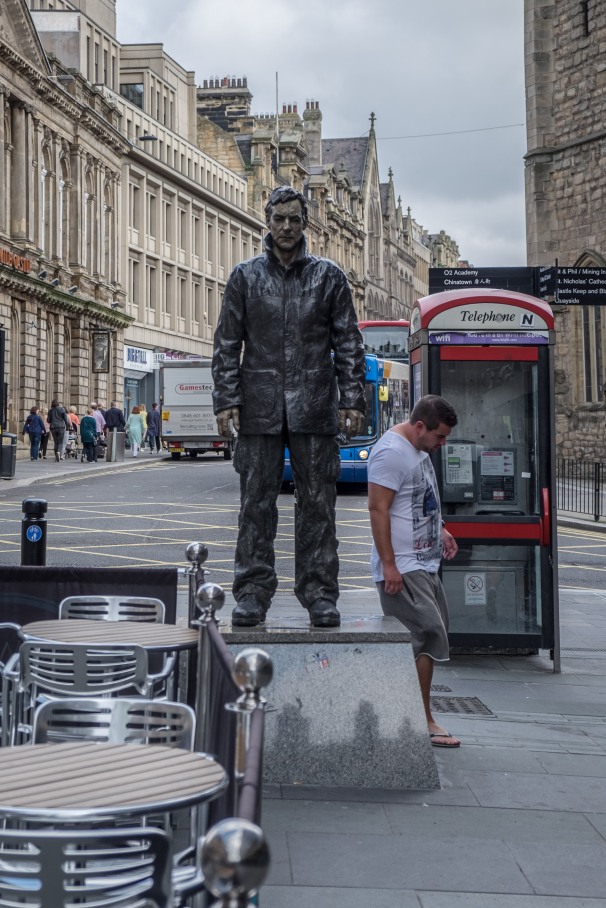 not sure of their significance but they at least stand still for photo’s.

We came across this chap in the cathedral grounds, he looked deep in thought, and I had thought after he maybe homeless. 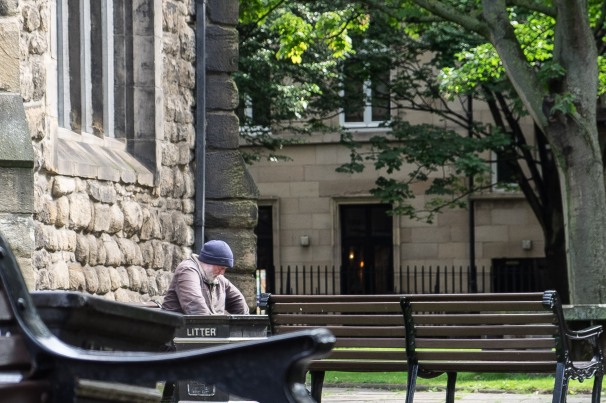 also in the grounds a bright flower amongst the lavender. 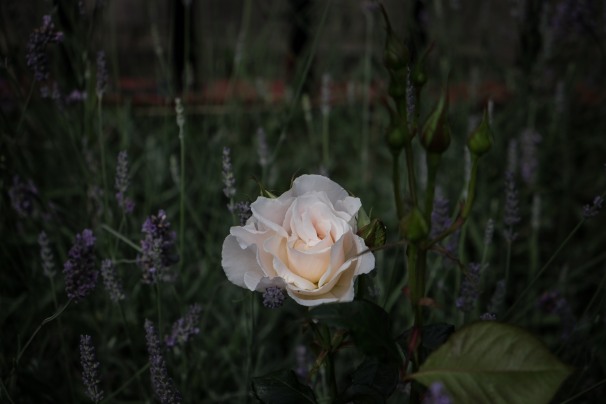 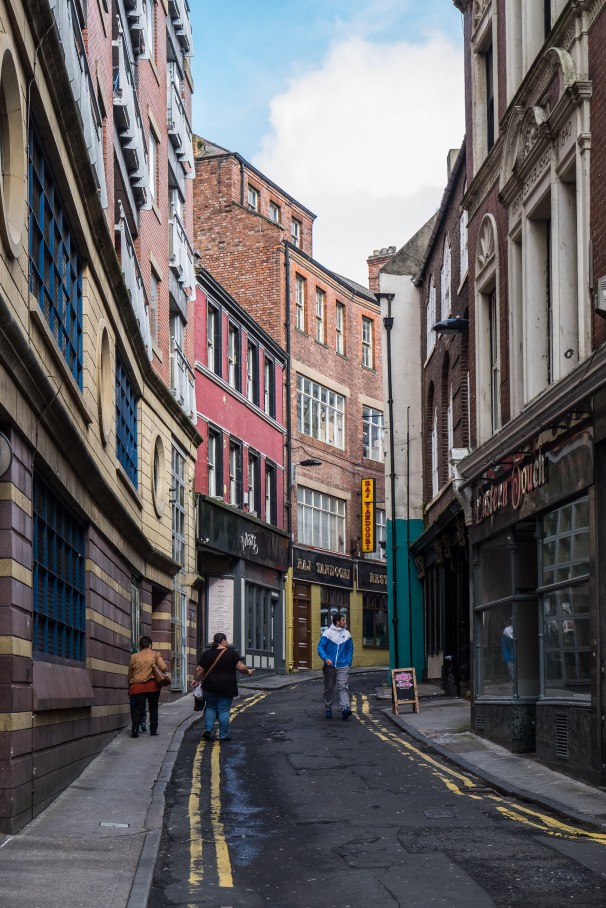 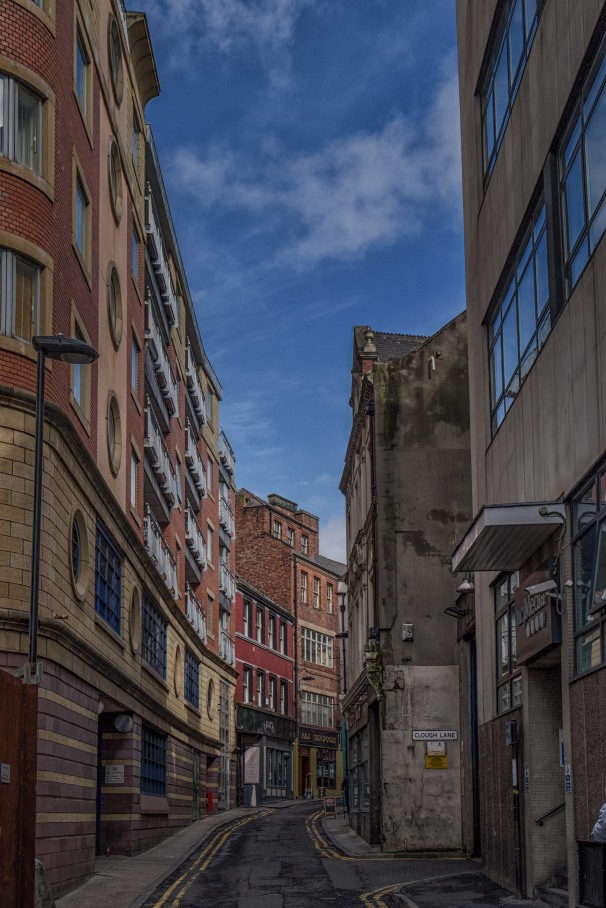 Pudding Chare?? I hear you ask. A chare in the dialect of North East England, is a narrow medieval street or alley.  Chares and much of the layout of Newcastle’s Quay Side date from medieval times. At one point, there were 20 chares in Newcastle. There are still a few about but there was a Great Fire in 1854 and some were lost. Pudding Chare runs from the Bigg Market to Neville Street.

The name Bigg refers to a type of coarse barley that used to be sold in this market.

A less specialized market is still held here on certain days of the week. At night, the whole area comes alive as hundreds of revellers frequent the many bars, restaurants and night clubs in the party city of Newcastle. That’s the blurb on a website haha what it translates to is hundreds of drunk teens chucking up/fighting/engaging in rude behaviour etc. Well that’s what you see on the news, have to be fair, have been to Newcastle plenty of times at night and only seen the happy people. 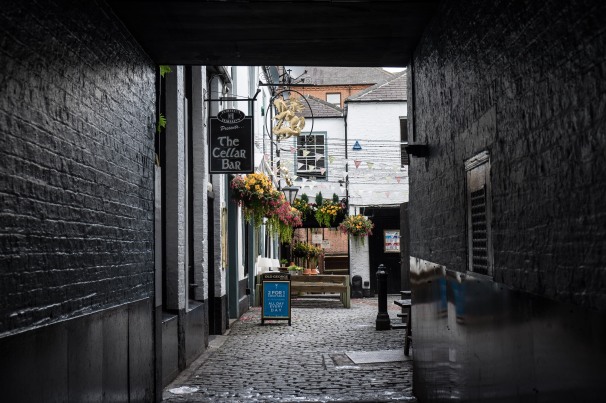 To the Old George

This alley had a lovely area to have your drink in.. 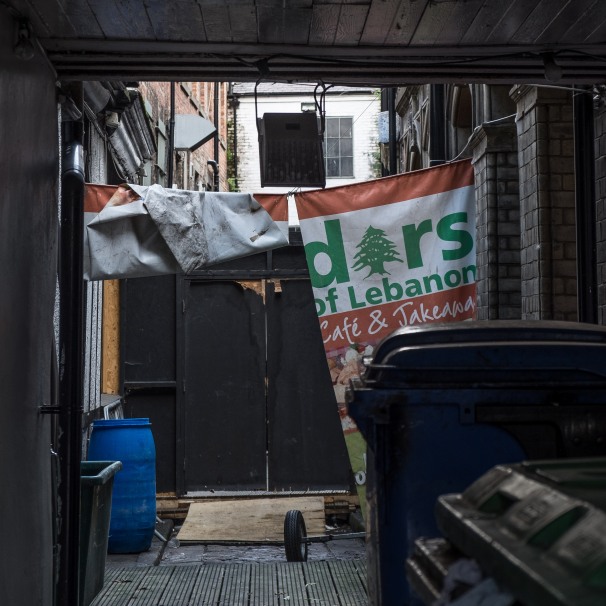 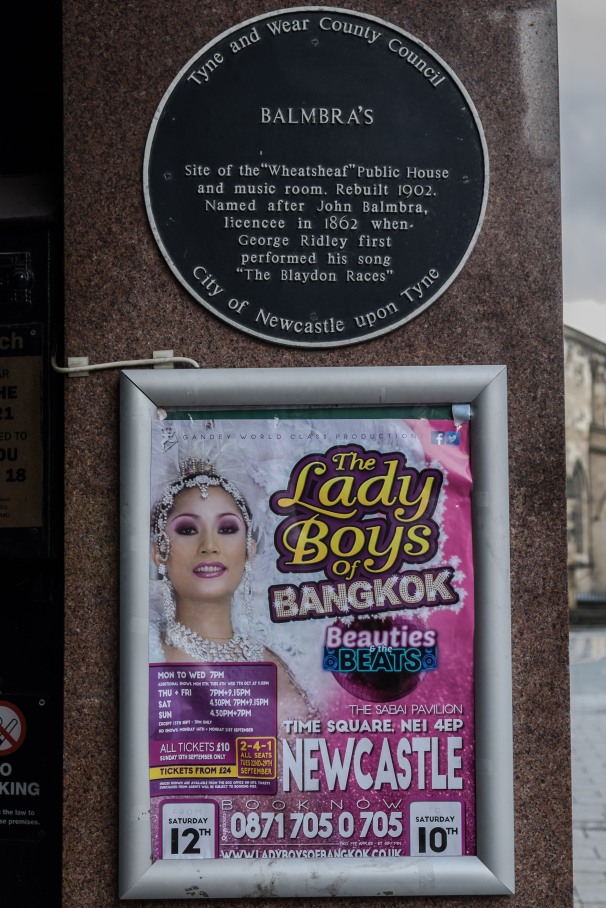 I like buildings that have trees growing out the top of them.

Just along from the cathedral is the statue of Queen Victoria. Sculpted by Alfred Gilbert and unveiled by Countess Grey in April 1903 – two years after Queen Victoria’s death – the statue was a gift from WH Stephenson, a company director and politician who held the office of mayor in Newcastle seven times. 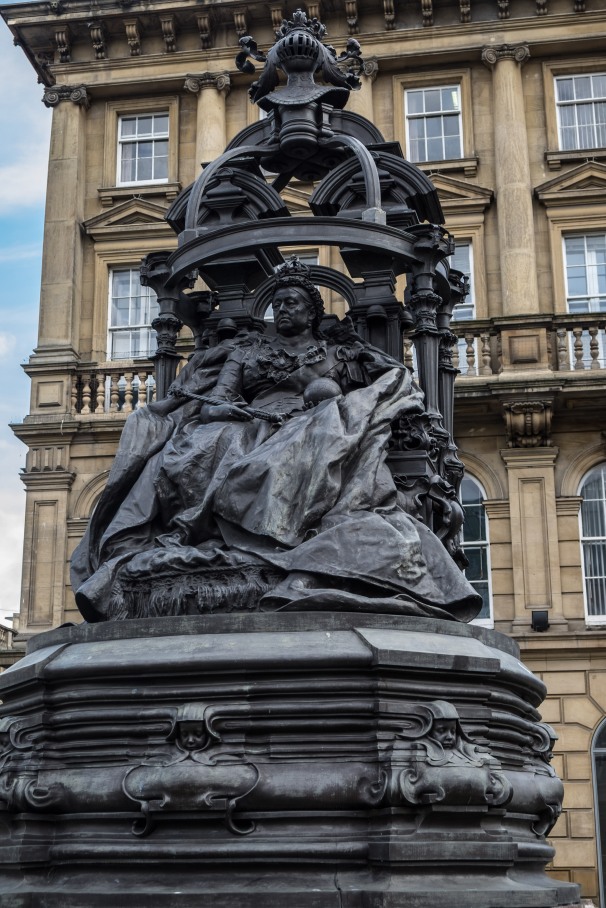 A recurring theme when I was shooting old run down parts of Newcastle, was the quite nice cars in the midst of it all, so here they are.. 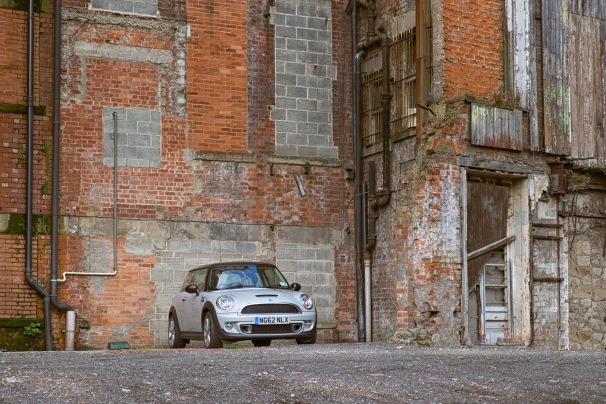 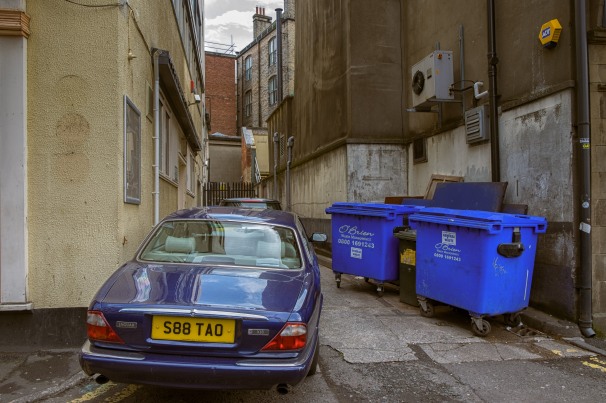 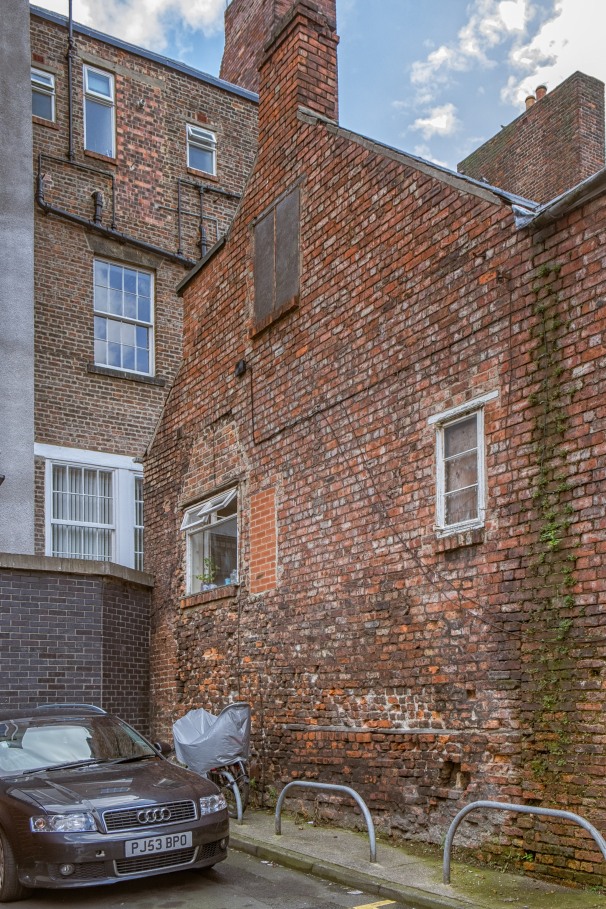 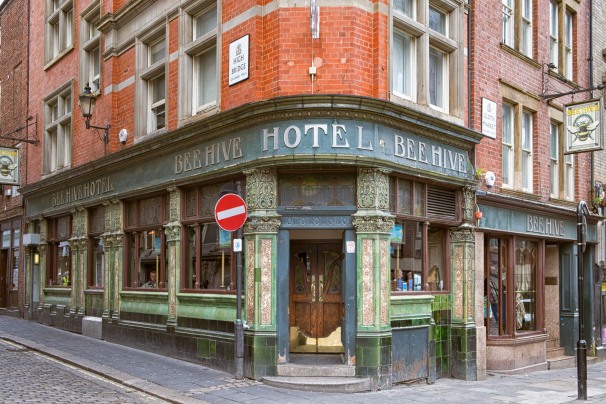 I’ll leave it there for now, but another post to come, had a lovely sunny day today, & managed a couple of photo’s for the bits & pieces report at the end of the month, weekends are cool aren’t they 🙂

19 comments on “The Newcastle Upon Tyne report~part 1”