Back before I started this blog, I had 2 gorgeous ginger Toms, brothers, who had sadly died earlier in that year, 2012. They were great cats, full of personality and Phil and I loved them to bits.

Herky was a big scaredy cat, a bit needy and scared of everybody he didn’t know, and most people he did know too 🙂 but was loving and affectionate with us, he used to love sitting on Phils knee to have strokey rations when Phil was trying to be on the computer.

Yoyo was a feisty little character and not scared of anything or anyone and used to pop into next doors house to see if he could get extra food and tickles, and befriended people who would walk along the path in front of our garden. At night he’d squash between us on the sofa and have ‘telly tickles’.

We were bereft when they both died within 3 months of each other, and not good deaths either, we had to have both put down.  We grieved a long time, & many tears shed.  But of late, I have been checking out our local cat rescue place, and thinking it might be cool to have cats again, but blowing hot and cold on it. Eventually I took Phil along to one of their open days as I’d seen a cat called Mozart who sounded lovely, to see if we could adopt him, but someone had already spoken for him before we arrived.  However, the lady at the place told us they needed a home for 2 cats whose owner could no longer look after them and she would send pictures of them to us to see if we were interested.  Phil got the email later that night, we looked at the photo’s and knew straight away these were going to come and live with us. I picked them up on Friday and they are beginning to settle in.

I think there will be quite a few photo’s peppering my site in future as  both these ladies are so beautiful, what do you think?

Skye is a bit needy, but not scared of anything except the hoover 🙂 and is a picky eater.

Storm is  very cool and settled in more or less straight away, sleeps on the bed in the spare room and loves her food.

They are both affectionate and love their tickles, but we’re all still in the ‘getting to know you phase’.  We’re having to keep them indoors for now as they need their vaccinations and anti-flea drops, and they have been indoor cats for the last 5 yrs, but you can tell they are itching to explore the world outside, so it’s going to be fun when they go out for the first time.

And that’s been my weekend, Phil went to the Darlington model show on his own as we didn’t want to leave them alone on their first day here, and I missed going but never mind, will be back their next year.

Anyways, here are some more photo’s of Les Girls 🙂 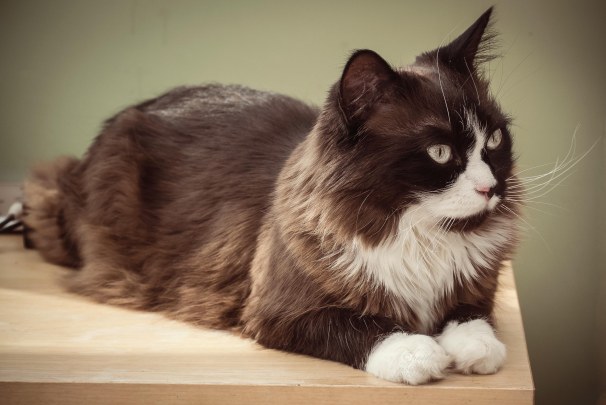 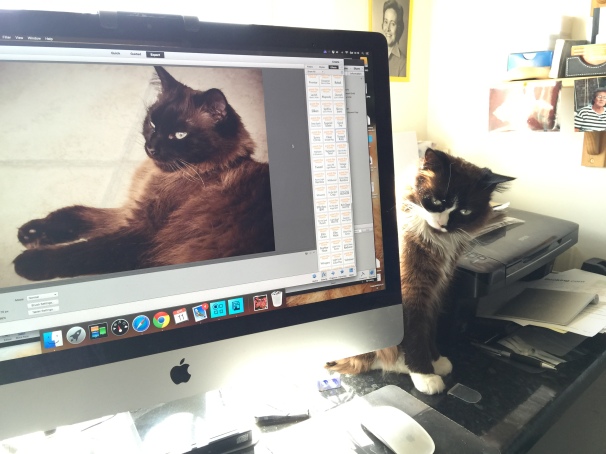